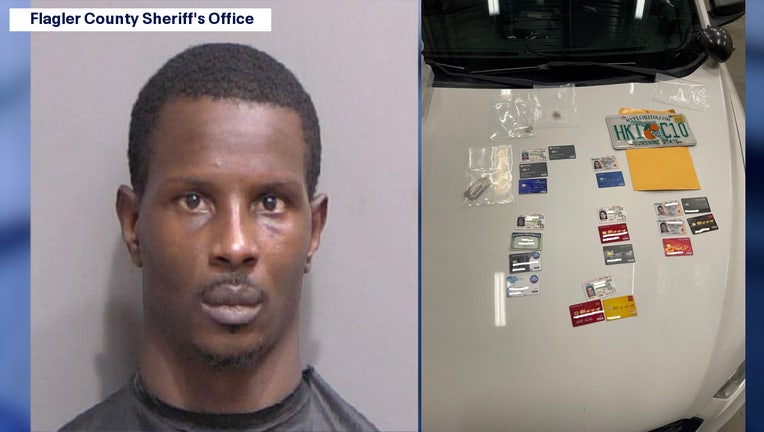 Kenton Chance was arrested by deputies after they said he was driving a stolen truck in Palm Coast with stolen ID's, debit cards and drugs, in his possession.

PALM COAST, Fla. - Flagler County deputies pulled over a man they said was driving a stolen truck with multiple stolen driver's licenses, debit cards and drugs in his possession.

Deputies stopped the truck being driven by Kenton Chance, 37, on Wednesday afternoon on Palm Coast Parkway because the truck's tag matched an Enterprise rental vehicle that was reported stolen in Miami, Florida, according to the Flagler County Sheriff's Office.

Inside the truck, FCSO said its deputies found a bag of cocaine and other substances, as well as several driver's licenses, credit cards and blank checks that belonged to different people.

Chance, who deputies said was currently on probation for an offense of worthless checks, now faces 12 new felony charges.

FCSO said Chance has a criminal history dating back to 1997 that include identity theft, forgery and grand theft charges he faced outside of Florida.

"This was a great effort by deputies to locate not only a stolen vehicle and tag but also to find this suspect had various peoples’ identities and various illegal drugs," Flagler County Sheriff Rick Staly said in a statement. "Hopefully, this will teach him and other criminals to not come to Flagler County with stolen property because we will catch you and take you to the Green Roof Inn."