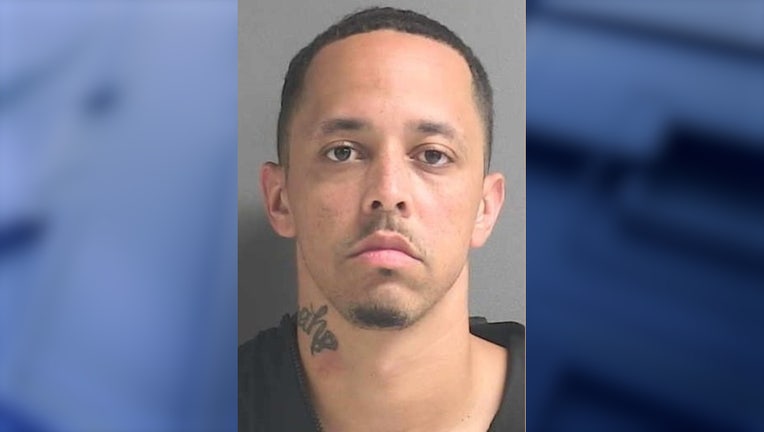 PORT ORANGE, Fla. - The Volusia County Sheriff's Office wants to know if you know this man.

Terrence Hughes is a 32-year-old man who was arrested on Thursday in Port Orange after a warrant was issued for allegedly soliciting a minor for sexual activity.

Deputies began the investigation in April after the victim's mother went through her teenage daughter's cellphone and found sexually explicit messages from Hughes on Snapchat.  The victim told detectives that she met Hughes through Snapchat and did not know who he was or how old he was.

According to deputies, Hughes made multiple attempts to meet with the victim with the intention to have sexual intercourse.

Once reported, a detective assumed the victim's online identity and messaged Hughes, stating multiple times that the victim was 15.  According to deputies, Hughes initiated conversations about meeting up for sex and asking the victim to send sexually explicit photos of herself.

After confirming his identity with images sent to the victim's phone, deputies issued an arrest warrant for Hughes where he was placed into custody on Thursday.

He has been charged with soliciting a child/person believed to be a child for unlawful sexual conduct and use of a two-way communication device. He was released after posting $50,000 bond.

Deputies are looking to see if anyone else may have been a victim to this man and are urging them to come forward by contacting the Sheriff’s Office’s Child Exploitation Unit at 386-323-3574.