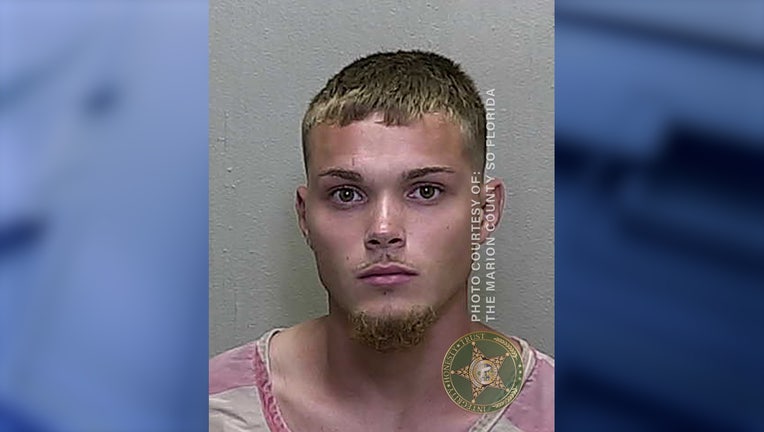 MARION COUNTY, Fla. - A man is facing a murder charge after an alleged drug deal went wrong in Marion County Monday afternoon, according to the sheriff's office.

Deputies said Matthew Neal, 19, and Cameron Dalzell, 18, – who were both armed – reportedly met with two people in a vehicle with intentions to rob them of marijuana.

Neal reportedly ran off after his gun was taken.

At 4:30 p.m., Monday, the sheriff's office received a call regarding a person at the Maricamp Emergency Department who had been shot in the hand. The person stated he was robbed at the Greenway Trailhead off Banyan Road, and someone there was possibly dead. Deputies arrived and found Dalzell's body.

During an investigation, Neal responded to the sheriff's office and requested to speak with a detective. Following the conversation, Neal was arrested on a charge on second-degree murder and robbery with a firearm after learning both Dalzell and Neal had executed a plan to rob the two people at gunpoint during a pre-arranged drug buy.