Orange County deputies convince man to not jump off bridge

The incident occurred on State Road 408 in Orlando.

ORLANDO, Fla. - Two Orange County deputies helped save a man who was looking to jump off a bridge.

The deputies said that it looked like the man was going to jump off a bridge.

"Hey man, look, come here. Look, my name is Danny, bro. I'm your friend. I'm not here to take you to jail. I'm here to help you, man," one deputy said. They both continued to plead for the man to talk to them and come down.

The suicidal man in the video is heard telling the deputies that "I'm drugged up, bro."

The deputies acknowledge and assure him that they can help. 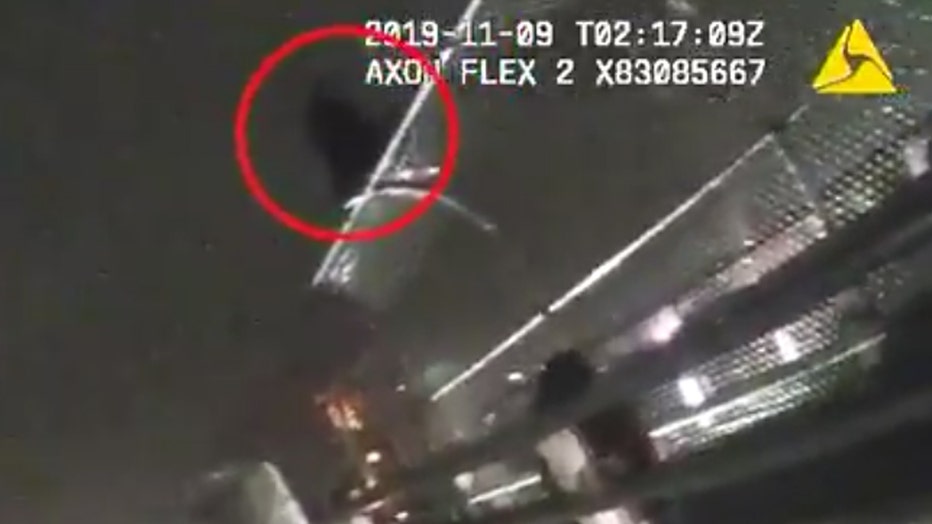 "We'll help you, there's no problem."

The Sheriff's Office said that the deputies continued to negotiate with the man, who then asked if they had Narcan on them.

The man finally agreed to come down and was taken to a mental health facility.