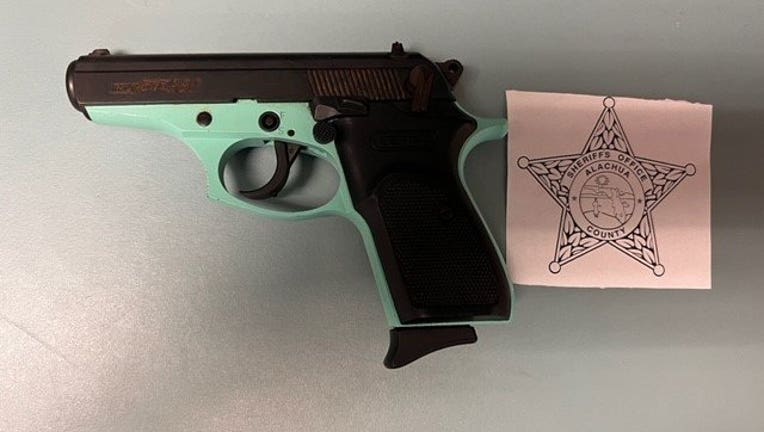 Deputies say this is the gun a student brought to Fort Clarke Middle School on Friday, May 13, 2022. (Photo via Alachua County Sheriff's Office)

ALACHUA COUNTY, Fla. - A student was arrested Friday after the Alachua County Sheriff's Office said he brought a fully-loaded and charged gun to a Florida middle school.

Deputies say the 15-year-old Fort Clarke Middle School student took the gun –  which belonged to his mother –  without her knowledge.

The boy was arrested and taken to a juvenile detention center, the sheriff's office said in a social media post.

Authorities say he faces charges of grand theft of a firearm, possession of a weapon on school grounds and burglary of a conveyance.