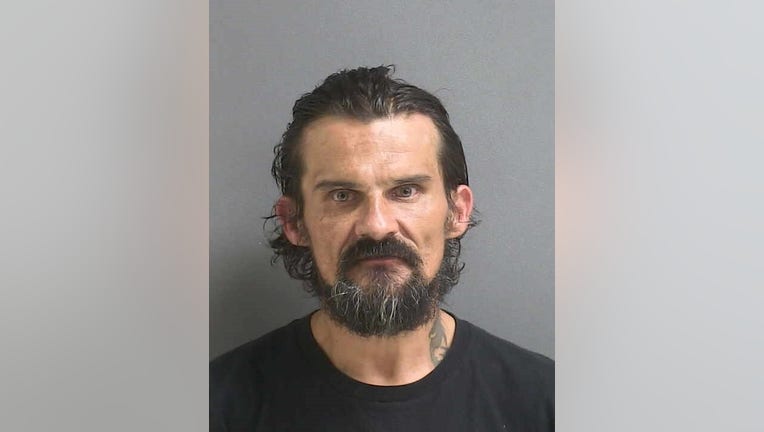 VOLUSIA COUNTY, Fla. - A Florida man who deputies said claimed to be a special agent was tased multiple times while resisting arrest, an affidavit showed.

The Volusia County Sheriff's Office said in a charging affidavit that a deputy responded to Raulerson Road in Seville due to a report of a suspicious person.

They said that upon arrival, deputies observed a man, identified as 42-year-old George Prosock, in a vehicle in the driveway. He told deputies that he went to the home because he had something in his eyes and was looking for a water hose to flush them out.

He reportedly also said that he was looking for someone named "Steve," but no one at the home had that name. So, deputies ran his license and found that he had an open warrant out of Volusia County for violation of pretrial release.

WEATHER ALERT: Could Florida be a heavy rain target in coming days?

The Sheriff's Office said that the deputies on scene attempted to secure Prosock by grabbing his arm but he tensed up and refused to comply with any of their commands. He was asked to put his hands behind his back but he refused. He was taken to the ground but he continued to resist and fight the deputies. Prosock even grabbed one deputy's vest and food, preventing them from creating distance.

Eventually, they said that a deputy was able to deploy a taser, striking Prosock in the chest. However, he was able to remove the probes from his body and then ran into his vehicle, shutting the door. This was when deputies spotted a woman in the passenger seat. They were both advised by deputies to get out of the vehicle.

While the woman complied and laid on the ground, Prosock reportedly refused to comply and was hit with the taser again. He removed the probes from his body though. He eventually exited the car but was pepper-sprayed. It was said to be ineffective.

He then began to talk about how he was a "special agent," deputies said. He added that the woman was his "queen."

At this point, the Sheriff's Office said that a deputy pulled a firearm and told Prosock to get on the ground. He now complied and was taken into custody. He faces several charges, including Battery on a Law Enforcement Office and Resisting an Officer with Violence.

The woman in the vehicle also reportedly told deputies that meth was Prosock's drug of choice and had used it the day prior.