An alarm system went off at Matanzas High School in Palm Coast Thursday prompting the school to be locked down and Flagler County deputies to respond.

FLAGLER COUNTY, Fla. - An alarm system went off at Matanzas High School in Palm Coast Thursday prompting the school to be locked down and Flagler County deputies to respond.

Authorities previously said the vendor of the alarm system scheduled a self-test without notifying the school or law enforcement. Flagler County Public Schools later clarified to FOX 35 News that it wasn't a test run they weren't notified about, but rather a technical glitch. An old calendar event wasn't removed causing an alarm to misfire. 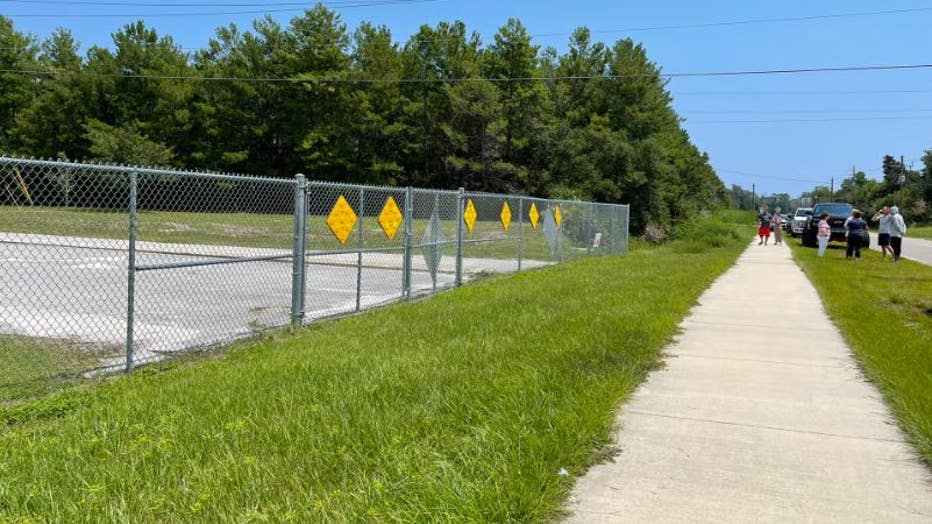 "Deputies are now on scene at Matanzas High School due to an alarm which was set off. We are investigating. Please avoid the school campus area at this time," the sheriff's office tweeted as the investigation began.

According to school officials, deputies were called as a precaution, but there was no active incident.

The district sent alerts to parents that sent them rushing to the school to check on their children. Some students texted their parents. "Within two minutes, parents from everywhere were here, prepared to do whatever it took if our children were in trouble," said parent Carole Jesinsky.

The district tells FOX 35 News it has been working on the school’s communication system for the past few days. Spokesperson Jason Wheeler said a technical glitch set off an emergency tone.

"It just appears that an old calendar was on, and an old tone went off and nobody saw that when the calendar was loaded the way it was automated," he explained.