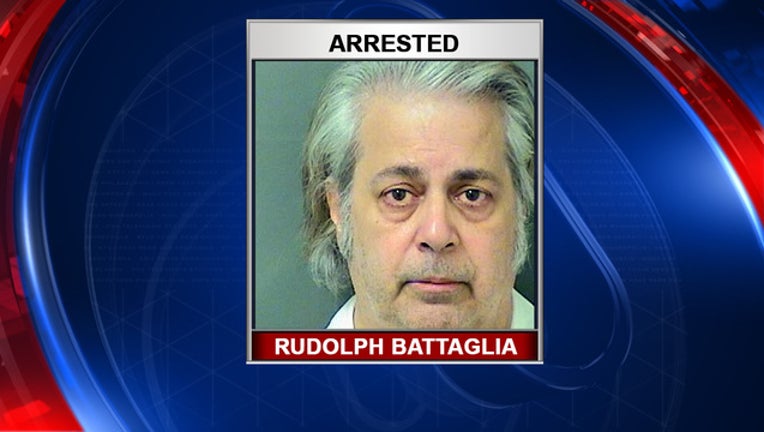 DELRAY BEACH, Fla. (AP) - Police have arrested a Florida man they say pushed his girlfriend and cut her with glass after she declined to kiss him goodnight.

The Palm Beach Post reports the couple argued after he asked his 54-year-old girlfriend for a goodnight kiss, and she said she'd already kissed him.

The arrest report says Battaglia shoved her onto the bed, broke a crystal decoration and held up a piece of glass while threatening her. Deputies say the woman was cut on her left thumb when he slammed the glass on a table.