Tourism officials say they always see a dip in visitors this time of year but this year seems like it’s a bigger dip than normal, and walking around International Drive on a Friday night, it didn’t seem too busy.

ORLANDO, Fla. - Tourism officials say they always see a dip in visitors this time of year but this year seems like it’s a bigger dip than normal, and walking around International Drive on a Friday night, it didn’t seem too busy.

Petticab driver Tom Starr says this is how it’s been for a while.

"Saturday generally is the one night a week now that we get to actually do this professionally and make some money."

Hotel occupancy numbers are down. According to Visit Orlando, hotel occupancy in June was 68%.  In July, it was 76%. But starting in August, rates dropped 10% week over week. The most recent number was 56% for hotel occupancy. 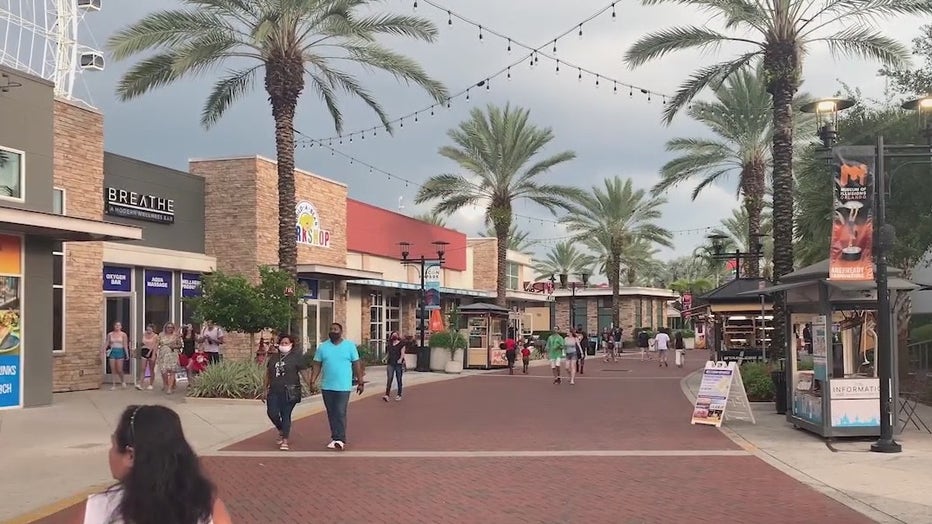 "How about your hotel? Has it seemed busy?" a Fox 35 reporter asked.

"I feel like it’s ten steps back in order to move forward," said Visit Orlando President and CEO Casandra Matej.

Matej says there are a few things at play: kids going back to school and companies canceling conventions due to COVID and the Delta variant.

"I don’t think it’s the normal dropoff because normally we would have had those conventions that are booked and unfortunately they decided it wasn’t’ the right time for them," said Matej.

Plus many international travelers still aren’t coming because of COVID and travel and quarantine restrictions.

"I’m waiting for them to come back and the street to live up to its name because they didn’t name International Drive by accident," said Starr.

Matej says four conventions canceled but there are still 52 planned for the fall, and as long as more people get vaccinated "vaccinations go up, which has a direct correlation in travelers feeling more confident in coming to the area," said Matej.

Tourism officials are hopeful that with more conventions coming in the fall, things will pick up.