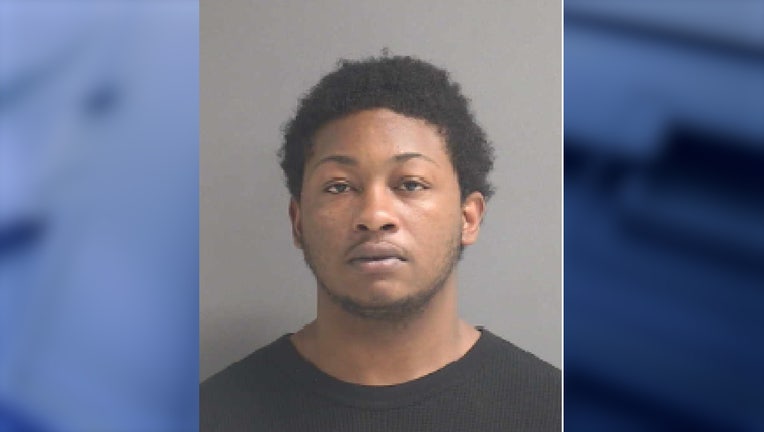 DELAND, Fla. - The DeLand Police Department is asking the public for help in locating a fourth man reportedly involved in an attempted carjacking that led to a man's death on May 22.

Terrell J. Maddox, 20, has an active warrant for his arrest on multiple charges including first-degree murder, carjacking and burglary with assault, according to officials.

Police said the attempted carjacking took place outside of Florida Technical College on Woodland Boulevard. The victim was shot and later died of his injuries.

Three men – John Torres, 22, Isaiah Thomas, 21, and Nassan Bacon, 22, are already in custody for their alleged involvement in the incident, according to police.

Maddox's last known address is in New Smyrna Beach, but police said he tends to frequent the Daytona Beach area.

Maddox is described to be a Black man with black hair and brown eyes. He stands at about 5 feet 9 inches tall.

Police said he is considered to be armed and dangerous.

If you have any information about his whereabouts, contact the DeLand Police Department at 386-626-7400.

Anonymous tips may also be submitted through the DeLand CrimeWatch portal or by calling Crime Stoppers of Northeast Florida at (888)-277-TIPS (8477).