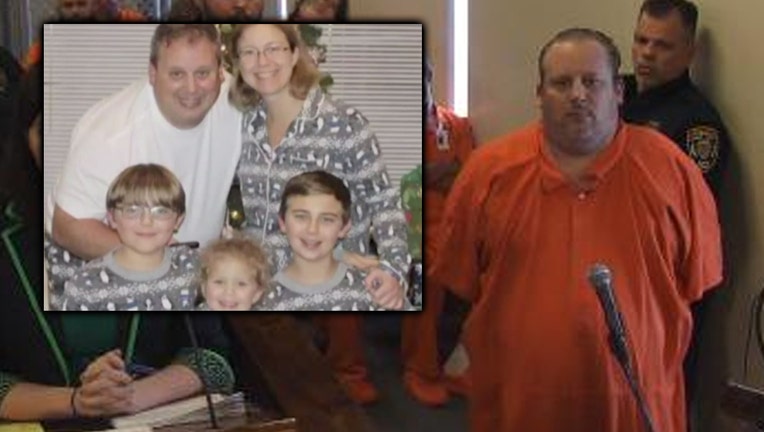 OSCEOLA COUNTY, Fla. - The defense attorney for a man accused of killing his wife and three children - and the family dog - said he wants his client's initial confession excluded from being used in his trial.

Anthony Todt spoke with investigators in Jan. 2020 following his arrest in the killings.

Authorities say Todt, who worked in Connecticut as a physical therapist and spent weekends with his family in Florida, killed his wife and three children, as well as the family dog.

The decomposing bodies were discovered on Jan. 13, 2020, in the family’s home in Celebration, which is located near Walt Disney World.

Investigators initially showed up to the home to arrest Todt on insurance fraud charges related to his physical therapy business.

According to autopsy reports, officials say the family members were wrapped in blankets and had stab wounds and toxic amounts of Benadryl in their bodies.

Todt's public defender said his client wasn't properly read his Miranda rights the day he was arrested when he spoke to authorities.

The defense team also said Todt was under the influence during the interview after overdosing on Benadryl.

Investigators with the Osceola County Sheriff’s Office said Todt confessed at the time of his arrest to killing his wife Megan, 42; their children, Alek, 13, Tyler, 11, and Zoe, 4; and their dog, Breezy.

A Sept. 20 hearing is scheduled to determine whether Todt’s confession should be excluded from his trial, which is set to begin Sept. 27.

Stay tuned to FOX 35 Orlando for continued coverage on this story.