Daytona Beach police officers have deployed drones through which they can communicate with people.

DAYTONA BEACH, Fla. - The Daytona Police Department (DBPD) has started using drones as part of its enforcement efforts during the coronavirus pandemic. 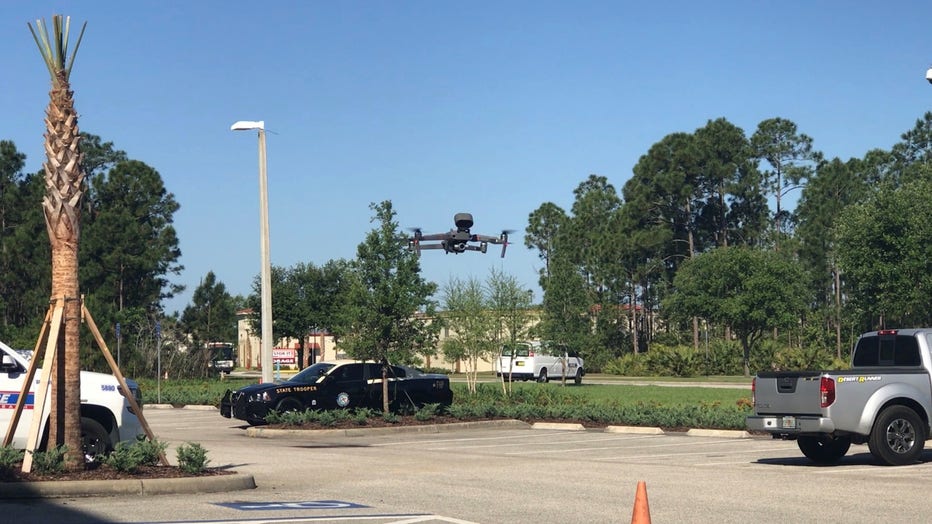 DJI, a company that makes drones, loaned the department two drones with intercoms. Police are using the PA system to announce closures at city-owned parks.

“They look up at the drone startled for a second that they're hearing someone from the air talking to them. They then wave to it, leave the property,” said Sgt. Tim Ehrenkaufer, who runs the drone unit.

He said the drones help limit officer exposure while out in the field.

“We need something where we can start bridging that gap a little bit... coming face-to-face with you to me getting the message to you remotely,” he said.

The department has two high-tech drones in the department’s current fleet that could be used in new ways.

They are equipped with a flare system that can detect body temperature ranging from 99-105.

“Let's say if you have a 103 fever. That'll come in handy letting us know at a glance, 'Are you someone who possibly has the virus?' 'Do we need to make sure you have extra precautions,'” he said.

Fever is a common symptom of COVID19, according to the Centers for Disease Control and Prevention.

DBPD has also installed a hook feature on the drones so they can deliver items.

“In situations where we can't get into or it's not safe to go into, we can send out the drone and we can drop material to people,” he said.

Sgt. Ehrenkaufer said the feature could come in handy during many different types of calls.

“A box of gloves, medication, a phone for a hostage situation,” he said.

It shared a video on Twitter showing a flight over the beaches.