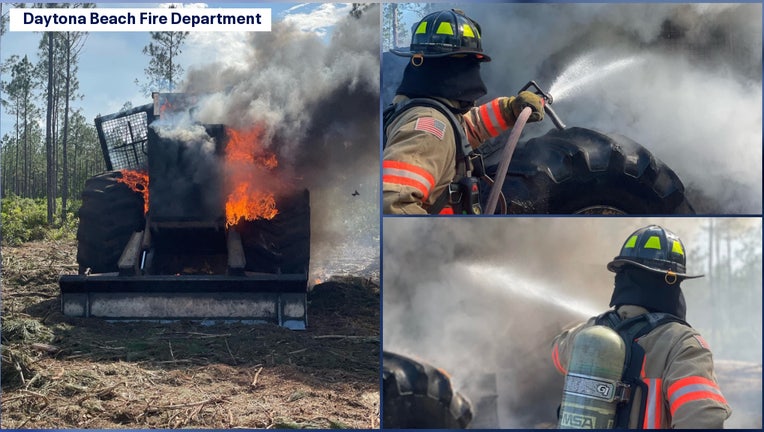 DAYTONA BEACH, Fla. - Construction crews were clearing brush and trees from a wooded area on Monday when an excavator somehow caught fire.

The Daytona Beach Fire Department posted a couple of videos and photos of the burning excavator on its Facebook page showing the machine entirely engulfed in flames and firefighters spraying water to put it out.

According to the Facebook post, the machine suffered a "mechanical malfunction" and caught fire. The worker who was operating the machine was able to get out safely. Crews were able to extinguish the flames and prevent them from spreading and possibly starting a brush fire.