A Dallas mom is mourning the loss of her one-month-old daughter who died in September from heart defects. But she's also celebrating her baby's life with a special personal gift to other families in need.

DALLAS - A Dallas mom is mourning the loss of her one-month-old daughter who died in September from heart defects.

But the mom is also celebrating her baby's life with a special personal gift to other families in need.

It doesn't get much more personal than donating breast milk. But the simple act of giving has brought light to her darkest hour.

Taylor and Brandt miller welcomed daughter Ella Brooks on August 21, but a rare congenital heart disease took her five weeks later. They never had the chance to bring her home.

“I'm typically a pretty private person,” Taylor said. “But I felt called to share Ella's story and not be private about it because she was here. She was real.” 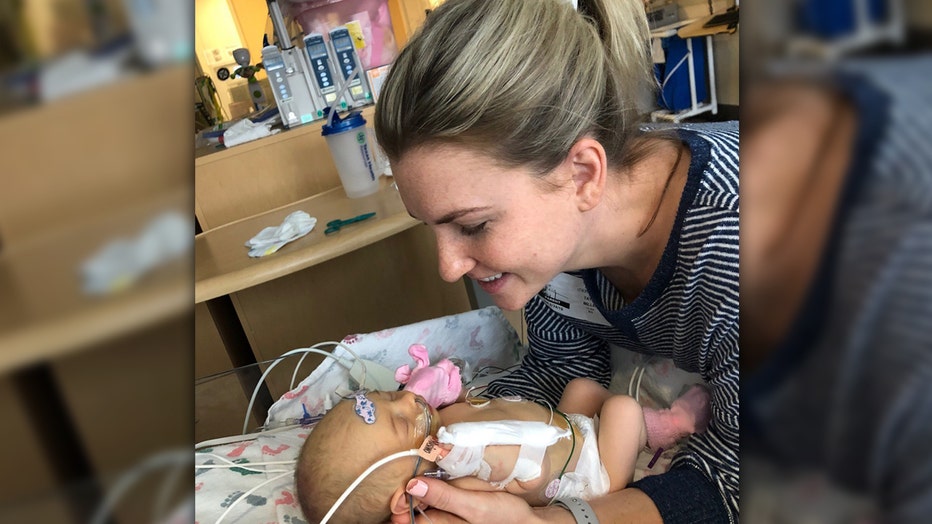 When Ella was born, Taylor began pumping breast milk for her, anticipating Ella would soon be off IV nutrition. But that never happened.

“After she passed, I knew there was no question I was going to continue to pump,” Taylor said.

Despite being gripped by tremendous grief, Taylor recognized her gift.

“Honestly, it's surprising to me that through all the stress and all the trauma and living in the hospital for five weeks, I was still able to produce an abundant supply of milk,” she said.

“Selfishly, after she passed away, it was kind of the only thing that reminded me that I was a mother because I don't have any other children yet,” she said.

Over 11 weeks and pumping around the clock every three hours, Taylor donated more than 16 gallons to Mothers' Milk Bank of North Texas. They help feed premature and critically-ill babies in more than 130 hospitals. 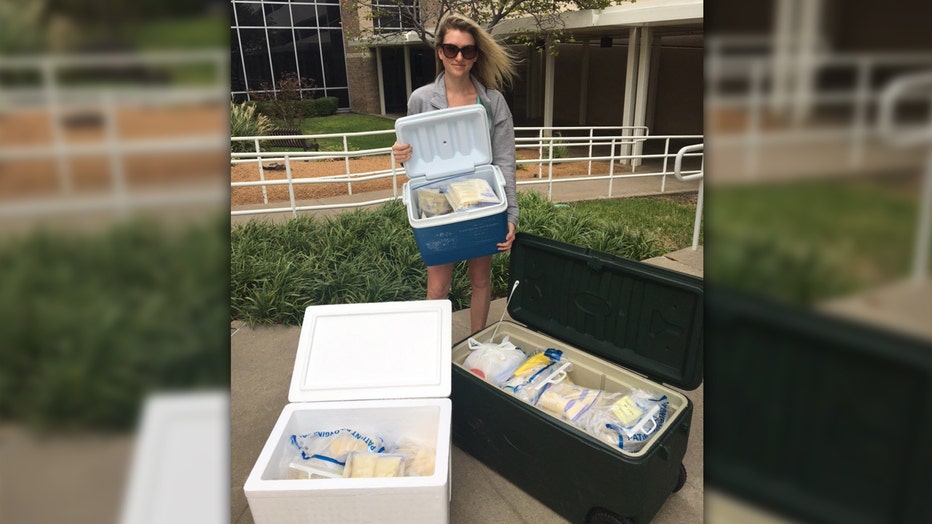 “Fragile infants in the NICU really benefit from human milk,” said Shaina Starks with the Mother’s Milk Banks of North Texas. “And having the availability of donor milk can really increase their survivability and lower the risk of infection.”

“I'm proud of her,” Brandt said. “It's been a really tough time for our family.”

On Friday, Taylor added Ella's name to a memorial tree at the milk bank.

“I like to think we did it together. Me and Ella. Mommy and daughter. Helping others in need,” Taylor wrote on Facebook. “Good job, baby girl. We did it.”

To make it convenient, Mothers' Milk Bank of North Texas has numerous drop off locations around the metroplex. They add the holidays can be a slow time for milk donations.

For more information on the milk bank, click here.