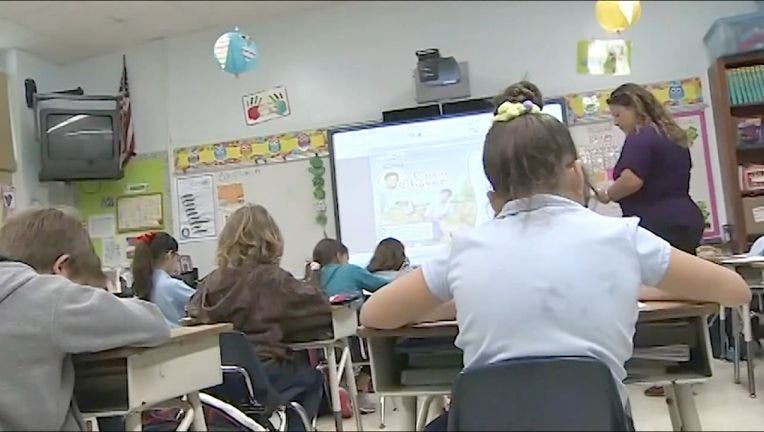 TALLAHASSEE - Public school students would have to pause for up to two minutes of silent “reflection” each day, under proposals filed in the House and Senate.

Rep. Kimberly Daniels, a Jacksonville Democrat, on Friday filed a measure (HB 737) that would direct public school principals to require teachers to set aside at least one minute for a moment of silence at the start of the school day. Ocala Republican Sen. Dennis Baxley filed an identical proposal (SB 946) earlier this month.

Under the measures, teachers would be prohibited from suggesting “the nature of any reflection that a student may engage.” The bills also direct teachers to encourage parents to discuss the moment of silence with their children, “to make suggestions as to the best use of this time.”

Current law allows school boards to provide that schools set aside no more than two minutes for silent prayer or meditation at the start of the school day.

The proposals, filed for consideration during the legislative session that begins Jan. 14, would require silent reflection each day.

“The Legislature finds that, in the hectic society of today, too few persons are able to experience even a moment of quiet reflection before plunging headlong into the activities of daily life,” the proposals say. “Young persons are particularly affected by the absence of an opportunity for a moment of quiet reflection. The Legislature finds that our youth, and society as a whole, would be well served if students in the public schools were afforded a moment of silence at the beginning of each school day.”

In 2012, former Gov. Rick Scott signed into law a controversial measure regarding school prayer. The law, mostly ignored, left it up to school districts to allow students to deliver “inspirational messages” at school events. Supporters of the 2012 law argued the nation was in danger of becoming unmoored from guiding religious traditions and maintained that the measure would reaffirm the right of Florida students under the First Amendment to proclaim their religious beliefs without fear of being restricted by government.

Opponents of the bill said it would lead to potentially offensive messages and could ensnare school districts in costly lawsuits.