he Citrus Bowl, the Florida Classic, or a Jimmy Buffett concert were just some of the prizes offered to those who received a COVID-19 vaccine shot at Camping World on Tuesday.

ORLANDO, Fla. - The Citrus Bowl, the Florida Classic, or a Jimmy Buffett concert were just some of the prizes offered to those who received a COVID-19 vaccine shot at Camping World on Tuesday.

Herb Williams, who was there getting his second dose of the Pfizer vaccine, says he didn't need any extra reason to show up there.

"It's one way to give incentive," he said, "but I was going to do it anyway. They don't have to give me any tickets."

For others who may need an extra push to get there, those who got vaccinated at Camping World will be entered to win tickets to some of this year's biggest events in Central Florida. 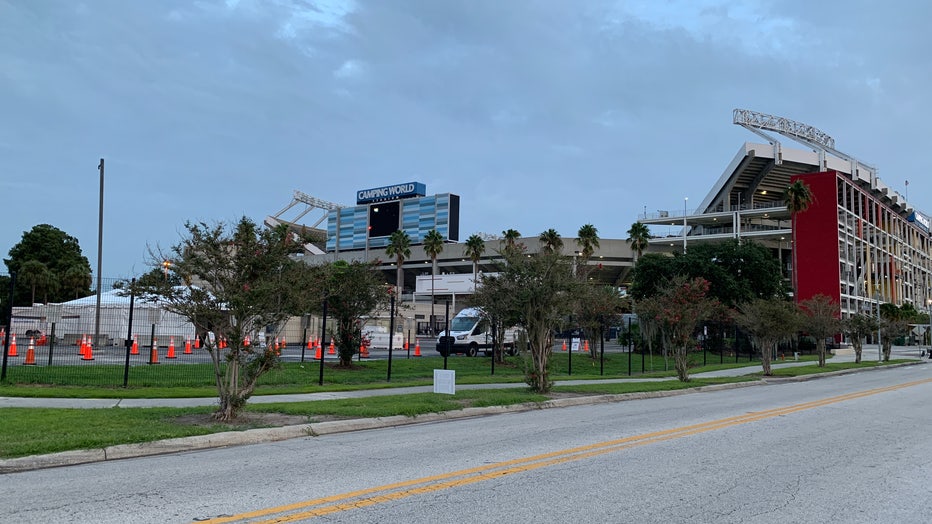 These also include Orlando Magic and Orlando City games, plus performances at the Doctor Phillips Center.

Jakiyah Joseph's mother brought her there for her second Pfizer dose. She says an extra prize for the shot would be great.

MORE NEWS: Husband desperate to find special machine to save wife, 30, from COVID

Orange County Mayor Jerry Demings says they're going to be offering vaccines at the Camping World site at least through September.

Orange County Health Services Director Dr. Yolanda Martinez says people have been getting their shots at the Camping World site.

"So far, since we started vaccinating at Camping World on August 10, we've provided over 1,500 vaccines at that location," she said. "Over 50% of them are individuals getting their first shot, which is a good sign of people wanting now to get their vaccine."