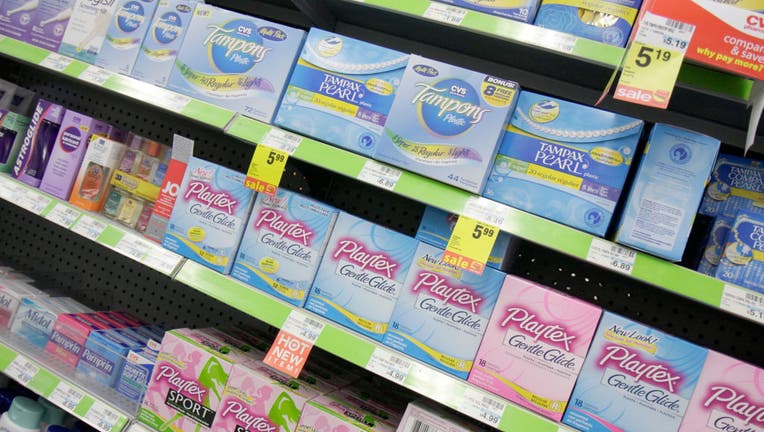 CVS Health will lower the price of its store-branded menstrual products in stores and pay the sales tax on those products in 12 U.S. states, the chain announced this week.

This applies to the regular retail price at "core CVS Pharmacy locations."

Currently, 22 states charge sales tax on period products at a rate from 4% to 7%, according to the Alliance for Period Supplies, an initiative that collects and distributes menstrual supplies in local communities. Period products are often taxed as luxury items at a similar rate to things like decor, electronics, makeup, and toys, according to the alliance.

Some states have laws preventing third parties from paying taxes on behalf of customers, while other states don’t have statewide sales tax or do not tax period products.

"We are committed to ending gender-based price discrimination in our stores by eliminating the ‘pink tax,’ an increased price for personal care products marketed specifically to women compared to similar products for men," Dr. Joanne Armstrong, CVS Health’s vice president and chief medical officer for women’s health and genomics, along with Dr. Joneigh Khaldun, CVS’ vice president and chief health equity officer, wrote in an article published Tuesday on Fortune.com.

"These are just a few of the steps we are taking to ensure women’s health care needs are met. If we want to achieve health equity for all communities, we must work together to fight period stigma and eliminate the economic and mental well-being burden of menstruation," they added.

The participants used the machine that simulates menstrual cramps during the Calgary Stampede, an annual rodeo, exhibition, and festival in July in Canada. (Credit: somedays/@getsomedays via Storyful)

It’s estimated that the average woman menstruates 3,500 days during their lifetime or about 10 years, according to the American Medical Association. This equates to about 17,000 tampons or pads used in total and an average lifetime cost in the U.S. of about $1,800, the AMA said.

But despite the normalcy of periods, it remains highly stigmatized. A 2017 survey from OnePoll and Thinx found that 58% of women felt embarrassment from being on their period, and 42% had experienced period shaming.

Another survey of 1,000 American teens between ages 13 and 19 found that 64% believed society teaches people to be ashamed of their periods, and 66% said they did not want to be at school when they were on their period. The majority (51%) of students said they felt like their school did not care about them if they did not provide free period products in the bathrooms.