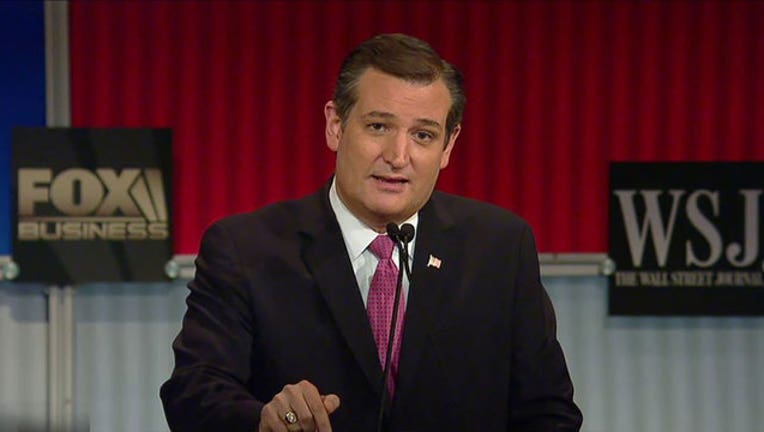 WASHINGTON - There will be no investigation into whether or not Texas Sen. Ted Cruz disclosed classified information during Tuesday night's GOP presidential debate, the leaders of the Senate Intelligence committee said late Wednesday.

The panel released a statement a few hours after the committee's chairman, Sen. Richard Burr, R-N.C., had said they were checking Cruz's comments.

Burr released a joint statement with Sen. Dianne Feinstein of California, the top Democrat on the committee, simply stating: "The committee is not investigating anything said during last night's Republican presidential debate."

Cruz made a claim during an exchange with Florida Sen. Marco Rubio about the new USA Freedom Act, which Cruz supported and Rubio opposed. Cruz said that "nearly 100 percent" of phone numbers can be checked for terror ties under the new program, compared with "20 percent to 30 percent" under earlier Patriot Act provisions.

Rubio responded that national television is not the place to discuss classified information, before going on to dispute Cruz's suggestions.

Burr said that any time specific numbers are discussed a question emerges as to whether it's classified or open source.

"The question had been raised. Therefore I asked them to look at it and see if there was any validity to it," Burr told reporters.

Burr added: "It's not as clear as just reading what he said. We've got to search all sorts of media outlets to see if anyone had reported that number independently."

Catherine Frazier, a spokesperson for Ted Cruz told Fox News Latino that the Texas lawmaker did not say anything in the debate that had not been previously reported, citing articles in both the Washington Post and the Wall Street Journal that mention the 30 percent and 20 percent figures respectively.

There is also congressional testimony from an NSA official suggesting the USA Freedom Act could expand the universe of calls available to the agency to search. The material, Frazier noted, is "all publicly available."

Cruz himself told reporters at Los Angeles International airport on Wednesday: "What I said last night has been widely reported. It's been saturated in the public sphere. And what has been said over and over again, what the intelligence community told Congress, was that the USA Freedom Act expanded their ability to target terrorists. And listen, this is another example of the Rubio campaign trying to spread misinformation."

Burr noted that he had not actually seen the GOP debate exchange in question. "The Voice was on. It was the final episode," he said.