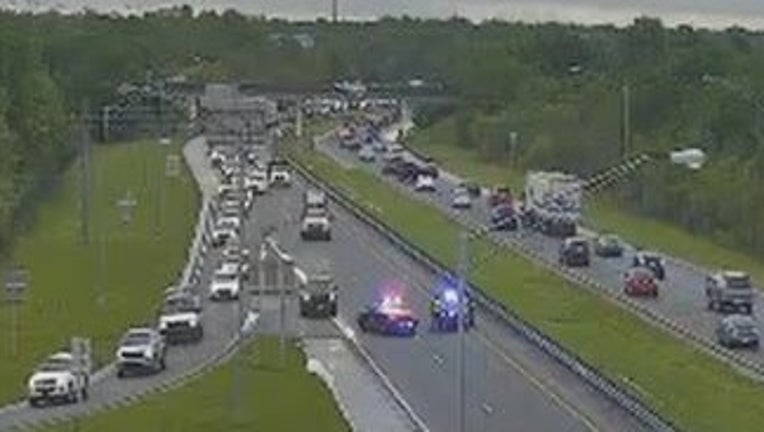 OSCEOLA,COUNTY, Fla. - Southbound lanes of Florida Turnpike's were shut down on Friday morning in Osceola County near Yeehaw Junction due to a crash involving three semi-trailer trucks.

According to Florida Highway Patrol (FHP), traffic was already stopped due to an earlier crash.

"Two semis were stopped in the outside lane of travel. Another semi was failed to slow and struck the two other semis," FHP said.

One of the drivers was taken to the hospital. The other two drivers are not injured.

Southbound lanes of Florida’s Turnpike were closed at mile marker 195 while crews responded.  The roadway reopened just before 1 p.m.