CDC: Over 90% of US counties have substantial, high COVID-19 transmission

Dr. Rochelle Walensky, director of the CDC, said on Aug. 12, 2021, that more than 90% of U.S. counties are reporting substantial to high transmission of COVID-19.

NASHVILLE, Tenn. - The Tennessee National Guard deployed over 550 soldiers and airmen to support the state's health department and emergency management agency as it works to control the surge in COVID-19 cases.

Troops have been sent to 58 counties across Tennessee, including Shelby County, and are assisting with COVID-19 testing, vaccinations and administrative support for health care providers, the Tennessee National Guard told FOX TV Stations.

"We began supporting the Department of Health and TEMA in March 2020 at the request of the Governor. Since then, we have had between 250-700 Soldiers and Airmen supporting this effort at any given time during the last 17 months," according to an emailed statement.

The deployment comes as cases reach record highs not seen since January, according to state health officials. 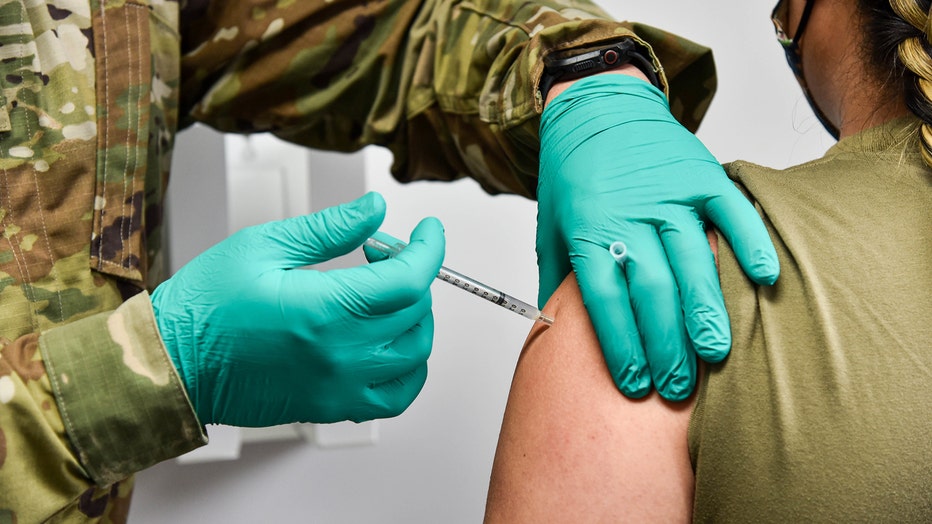 Piercey told reporters the surge in COVID-19 patients "really tips the scales" in hospitals even if there aren’t as many people currently hospitalized with the virus as there were during the January peak.

She said hospitals were already pretty full before the latest resurgence through the delta variant and the facilities are struggling with staffing shortages and workers sick with COVID-19.

"An interesting and startling statistic is that in the first 15 days of August, we’ve had 1,023 hospitalizations," Piercey said during the video news conference. "That is higher than any other full month combined in the pandemic, which was November and it was in the 900s."

Currently, about 2,200 people are hospitalized in Tennessee with COVID-19, with 43 of them children, according to the state, compared to about 3,300 in January. Notably, the influx of patients led Vanderbilt University Medical Center in Nashville to say late last week that its adult hospital and emergency department are "completely full."

The seven-day rolling average of daily new cases in Tennessee has risen from 1,824 on July 31 to 3,879 on Saturday, while that rate for deaths has grown from about 8.6 deaths a day to 16.3 over the same timeframe, according to Johns Hopkins University.

The latest wave of cases has motivated more Tennesseans to get vaccinated over the last month, going from 58,000 a week to now more than 100,000 — many of them first doses, Piercey said.

Still, Tennessee remains in the bottom 10 among states for vaccination rates. About 40.1% of the state is fully vaccinated, compared to the national rate of 50.7%; and 47.1% of Tennessee have received one or more doses, compared to 59.7% nationally, according to a federal vaccinations tracker.