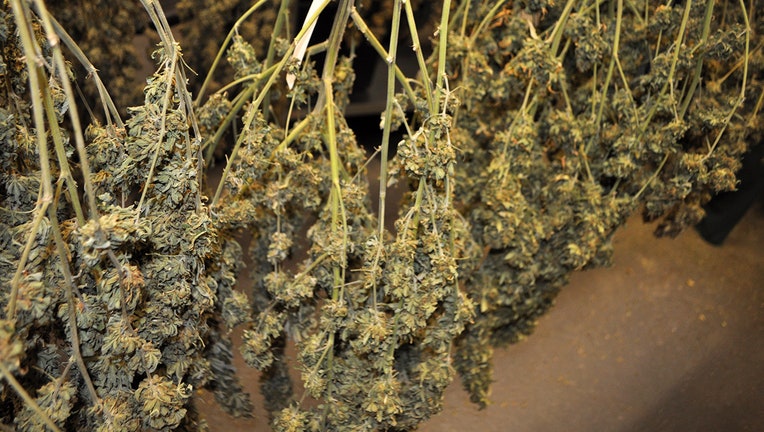 Louis Del Favero Orchids, Inc. is challenging a settlement agreement between the Florida Department of Health and what are known within the industry as “one-pointers.”

The agreement, finalized in April, provided licenses to eight firms but reduced the remaining licenses that were expected to be available under a 2017 law. That law was aimed at implementing a 2016 constitutional amendment that broadly legalized medical marijuana.

Del Favero argues, among other things, that the settlement was unfair and contrary to public policy because it “contravenes the legislative intent” of the 2017 law.

Under the law, health officials have to give special preference for up to two licenses to applicants that “own one or more facilities that are, or were, used for the canning, concentrating, or otherwise processing of citrus fruit or citrus molasses and will use or convert the facility or facilities for the processing of marijuana.” Following passage of the law, Del Favero spent $770,000 to purchase property in Pinellas County that met the requirements for the citrus preference.

Del Favero tried to register as a medical marijuana operator following an October 2018 court ruling, in an unrelated case, that found the 2017 law was “inconsistent” with the constitutional amendment. The state is appealing that ruling.

But health officials ignored Del Favero’s attempts to get a license, while continuing to whittle the number of available licenses and thereby giving the new operators a competitive advantage, the orchid grower’s attorneys maintain.

On Tuesday, Del Favero lawyer Seann Frazier urged a three-judge panel of the 1st District Court of Appeal to nix the settlement with the eight applicants. Those applicants lost out in a first round of licensing in 2015 after lawmakers legalized types of non-euphoric cannabis and did not meet the requirements for licenses in the 2017 law.

The health department is “trying to give away licenses it doesn’t have the authority to give away,” Frazier argued, adding that the agency “moved to a closed-door proceeding” to reach the settlement.

But Ed Lombard, an attorney who represents the state health agency, told the judges that Del Favero hasn’t been harmed by the agreement because it can still apply for one of the citrus-preference licenses when the application process opens.

Health officials have put the application process on hold, while courts consider a number of lawsuits --- including several filed by Del Favero.

Judge Scott Makar asked Lombard several times about how the settlement was reached.

“Was it publicly noticed? Were there meetings?” the judge asked.

The state health department “invoked its authority” to settle administrative challenges with the applicants, Lombard said.

Judge Ross Bilbrey asked “what harm” Del Favero would suffer because of the settlement.

“There is absolutely no harm” to the orchid grower, Jim McKee, a lawyer who represents the medical marijuana companies that reached a settlement, told the judge.

“There is absolutely no adverse effect to the appellant,” McKee said.

Makar also asked McKee about how the settlement was reached.

“It was not a public process … It was nothing that formal,” McKee said.

The agreements “were reached in the same way that settlements are always reached,” he said, adding there was “certainly nothing improper” about what he called a “run-of-the-mill situation” where the agency entered a “justified” settlement with the applicants.

Del Favero has waged a years-long legal battle in pursuit of a license, with a pile of cases filed in state and federal courts as the nursery’s owners have grown increasingly frustrated over health officials not allowing new applicants to gain access to the market.

David Vukelja, one of Del Favero’s owners who attended the hearing in Tallahassee, told The News Service of Florida, “I don’t recall them (the judges) ever getting a straight answer” about how the settlement talks came about and were conducted.

“We’ve got a great team, with great people and great facilities and great expertise and great know-how, almost all of it, Floridians. And we’re sitting on the sidelines indefinitely,” he said.