A Florida couple from Hardee County said they had just driven into Downtown Orlando on Interstate 4 when suddenly they were hit by a vehicle that left the scene. A stranger appeared out of nowhere and helped them.

Orlando - A Florida couple from Hardee County said they had just driven into Downtown Orlando on Interstate 4 when suddenly they were hit by a vehicle that left the scene. Driver George Lackey said the hit-and-run incident happened on Friday night around 10:30 p.m. near the interchange with State Road 408.

"We slammed into the wall going like 40 mph," he said. "I see this sedan in front of me and next thing we know, we hit it and I hear this loud noise. The windshield’s cracked. It was crazy."

Allison Judah said she was heading to a club for work when the crash occurred. She said Lackey was driving her Kia. According to Orlando police officers, four vehicles were involved. 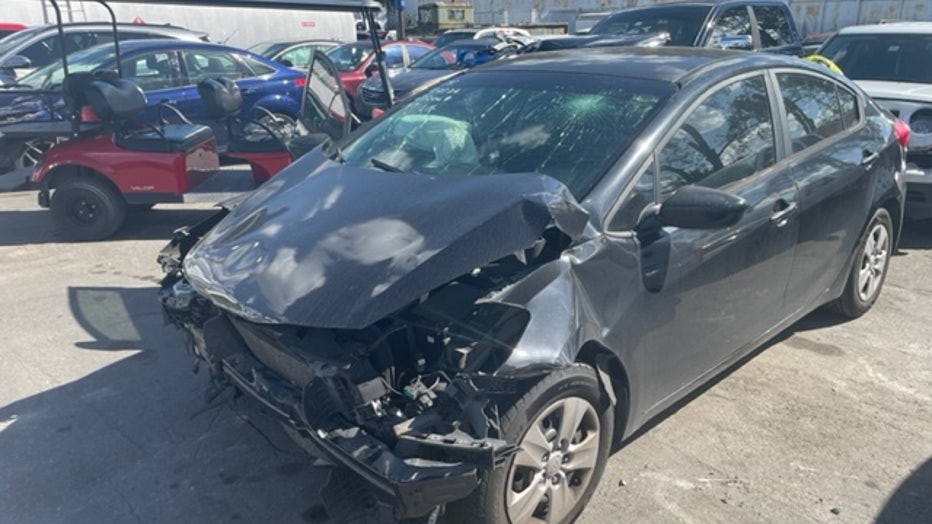 The Kia was totaled. As for the car that allegedly struck them, Lackey said, "It looks kind of like Honda. It was Sedan." But out of this chaos, a stranger appeared. "She was like an angel. She came in and pulled over," Lackey explained.

Judah said, "She took us to our hotel and ordered us pizza and bought us Ibuprofen, so just thank you, Riba! You’re a blessing." 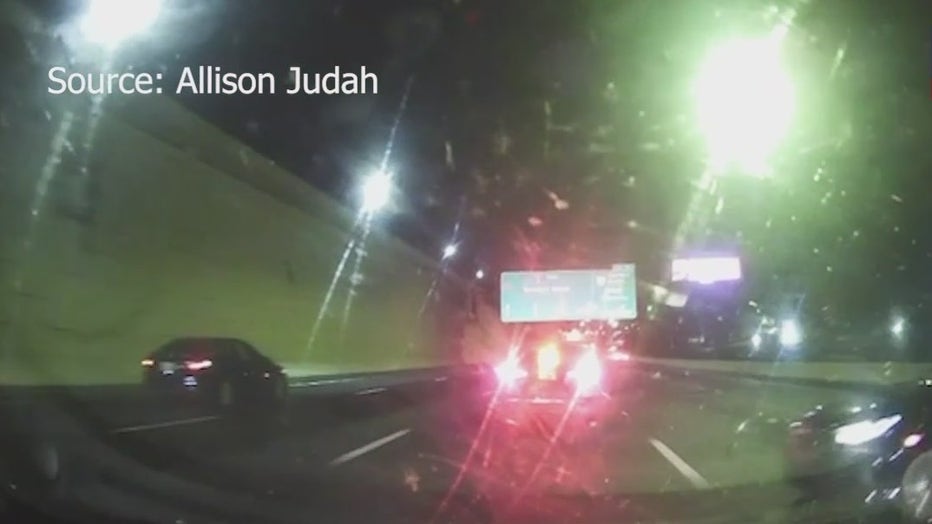 That "angel" was someone to help ease the pain. It was especially tough on Judah. "It was very scary given the fact that I lost my grandparents from a drunk driver."

She believed they were watching over everyone in her car. Lackey's nephew was in the backseat. "It’s nothing but a miracle and I know they were looking out for me."