A 56-year-old man who barricaded himself inside a Port Orange home and allegedly pointed a weapon at deputies, leading to an hourslong standoff Thursday afternoon, is in custody, according to the Volusia County Sheriff's Office.

PORT ORANGE, Fla. - The Volusia Sheriff's Office said a "significant" amount of counterfeit money and printing equipment was found at a home in Port Orange where a man barricaded himself inside for hours on Thursday after he was evicted by his parents and refused to leave. He also allegedly pointed a gun at a deputy during the standoff.

It was unclear how much fake money was found, but photos shared by VSO on social media showed several $1, $20, and $100 bills. The U.S. Secret Service was contacted to handle the investigation surrounding the alleged counterfeit money, according to Volusia Sheriff's Office. 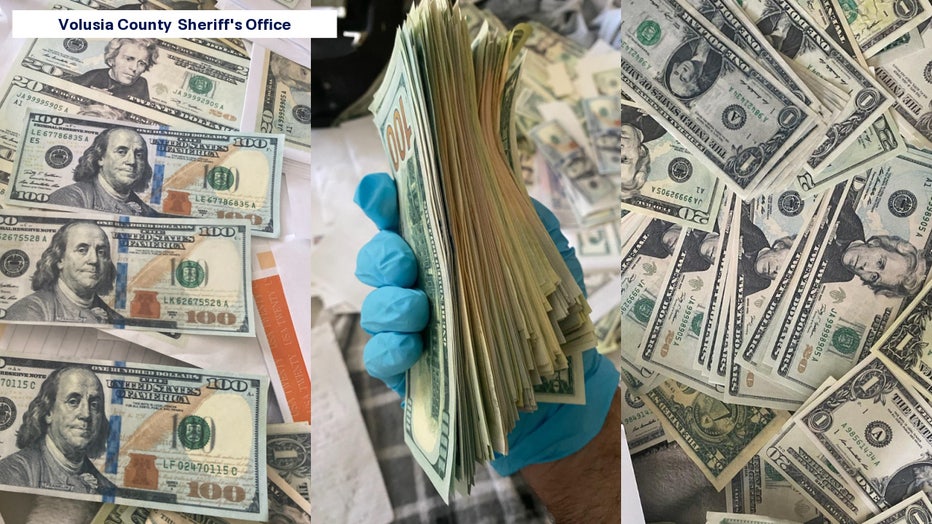 Deputies also found a rifle, shotgun shells, 9mm ammunition, and a 9mm magazine inside the house, the agency said.

Curtis Lapiere Jr., 56, was taken into custody Thursday afternoon after a bomb robot forced open the front door to the house. Lapiere surrendered and was booked into jail under suspicion of aggravated assault against a law enforcement officer. He was also issued a trespass warning from the home, authorities said.

Deputies said Lapiere's parents evicted him from their home, but he refused to leave. When deputies were called, he barricaded himself inside the home.