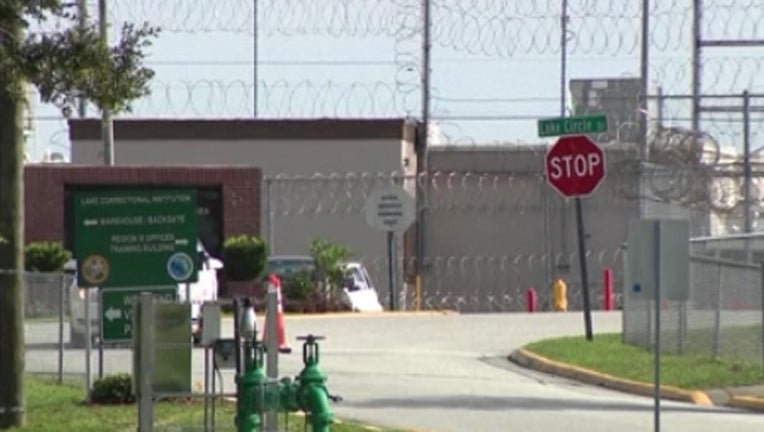 CLERMONT, Fla. (FOX 35 ORLANDO) - The Florida Department of Corrections is investigating after a video described as ‘deeply disturbing' was posted on YouTube over the weekend.

In the grainy clip, you can make out several corrections officers surrounding an inmate who looks to be on the ground. At least one officer appears to be throwing punches.

"They trusted me to basically get it out," said Joshua Polulech, who posted the video to YouTube Saturday.

He says it was shot on a cellphone by inmates at Lake Correctional Institution in Clermont and then passed on to him to make public.

"We're people too. I was there and I know a lot of guys that are there. There's no one to actually advocate for them," Polulech said.

The Florida Department of Corrections has launched an investigation.

"This video is deeply disturbing. We have zero tolerance for officer abuse or misconduct for any reason. The actions of these individuals will not be tolerated," said Secretary Mark Inch in a statement. "Those found participating in any level of abuse, or failing to properly report abuse, will be subject to administrative and criminal charges."

"That type of behavior is inappropriate and it shouldn't be happening in any institution – especially not here in the state of Florida," said Florida Representative Anna Eskamani.

She says she plans to make unannounced visits to state prisons. She's not only concerned by the video, but also that inmates were able to get their hands on a phone.

"The sad the reality is that we would never have known this abuse was even taking place if it wasn't for that contraband video," she said.

The state says officers in the video have been taken out of contact with inmates during the investigation.

The inmate in the video was taken to the hospital and then moved to a different facility.

No names have been released.