Investigation into Rep. Matt Gaetz’s close associate could have led to allegations

Florida Congressman Matt Gaetz is the subject of a federal investigation.

He told FOX News Channel’s Tucker Carlson on Tuesday that the feds believe he had a sexual relationship with a 17-year-old girl and that he paid for her to travel with him.

"It is a horrible allegation and it is a lie," Congressman Gaetz said. "That is verifiably false, people can look at my travel records and see that is not the case. What is happening is an extortion of me and my family involving a Department of Justice official."

He added that this is all a set up by a former federal prosecutor, stating "his name is David McGee. He was a top official in the leadership in the Northern District of Florida as a prosecutor."

Republican Rep. Matt Gaetz said Tuesday he is being investigated by the Justice Department over a former relationship but denied any criminal wrongdoing.

McGee released a statement saying he’s been in private practice for 25 years and called Gaetz’s accusations "both false and defamatory."

"Congressman Matt Gaetz made an allegation on The Tucker Carlson show last night that David L. McGee, a partner in the firm of Beggs & Lane, had attempted to extort money from Gaetz and his family in exchange for McGee making the investigation against Congressman Gaetz "go away." The allegation by the Congressman is both false and defamatory.  Mr. McGee was the Chief Assistant United States Attorney for the Northern District of Florida 25 years ago. During his tenure with the Department of Justice his reputation for integrity and ethical conduct was impeccable.  It has remained impeccable throughout his 25 year tenure with our firm.  While he was with the DOJ he would never have entertained a scheme such as what Congressman Gaetz suggests nor would he today.  Unsubstantiated allegations do not change that fact."

According to the New York Times, this all stems from the federal investigation into former Seminole County Tax Collector Joel Greenberg. They say the feds dug up information on Congressman Gaetz as they prepare to take Greenberg to trial in June.

Greenberg is facing a slew of federal charges, including sex trafficking of a minor back in 2017. Pictures Greenberg posted to Twitter show the two posing for pictures together in 2017, 2018, and 2019 at what look to be political events. 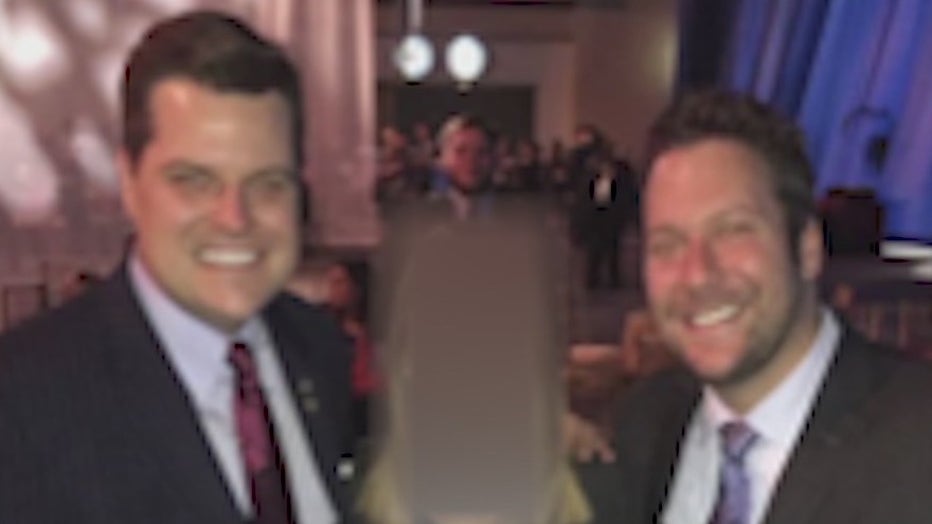 FOX 35 reached out to the U.S. Attorneys Office, the FBI, and the U.S. Department of Justice. All three agencies had no comment when asked about an investigation into Gaetz.