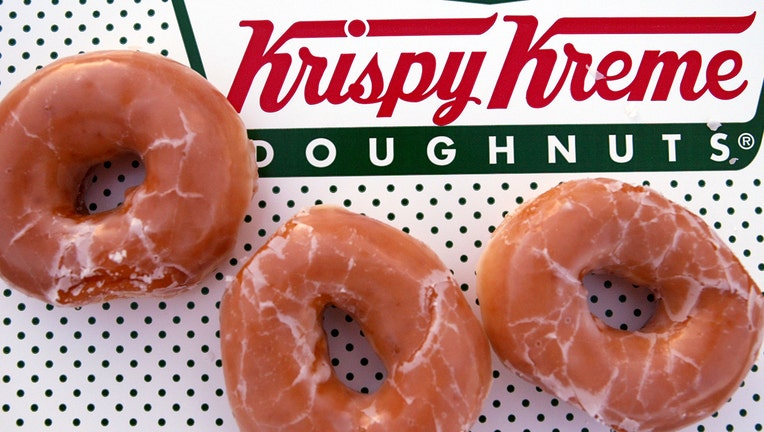 A Minnesota college student who turned a city’s love of Krispy Kreme into a side hustle — and who was briefly banned by Krispy Kreme re-selling the doughnuts before the company changed its tune and awarded him an “independent operator” title — has now been given a new Daimler delivery van to make his operation run a bit smoother.

MORE NEWS: 'Guardians of the Galaxy' actor David Bautista adopts 2 Tampa pit bulls together after they were separated

Each weekend, Jayson Gonzalez, 21, would drive 540 miles roundtrip, from Minneapolis-St. Paul to a Krispy Kreme store in Clive, Iowa to load his car with up to 100 boxes. There are no locations of the doughnut chain in Minnesota (and haven’t been for 11 years).

Gonzalez would then return to the Minneapolis-St. Paul area to sell the doughnuts, charging around $17 to $20 per box. (The boxes cost him roughly $8 each before travel expenses.)

After his little business made headlines, Krispy Kreme asked Gonzalez to shut down his money-making scheme, citing “product quality and regulatory compliance” concerns. But the chain eventually came around and decided to help Gonzalez “achieve his goals, which include being debt-free when he graduates in 2021, in part by selling Krispy Kreme doughnuts. The doughnut chain then said it would allow Gonzalez to continue to re-sell its doughnuts, and even donated 500 boxes to get him started again.

“So, we are happy to work with Jayson as an independent operator to ensure consistent delivery of our high-quality doughnuts to our fans in Minnesota,” part of a statement from Krispy Kreme to Fox News read.

Now, Gonzalez has been presented with a new set of wheels from FreightWaves, which partnered with Daimler to present him with a delivery van at the FreightWaves LIVE conference in Chicago on Tuesday, according to Business Insider.

At the conference, the college senior explained that his operation, which is run entirely from his small sedan, started when he went to buy Krispy Kreme doughnuts for his girlfriend and decided to see if anyone else would be interested in purchasing the treats from him. After posting on Facebook Marketplace, he said he received 300 replies from interested parties, Business Insider reported.

With a van, Gonzalez now hopes he will be able to bring back much more than the 100 boxes he has been transporting for each of the past 20 weekends.