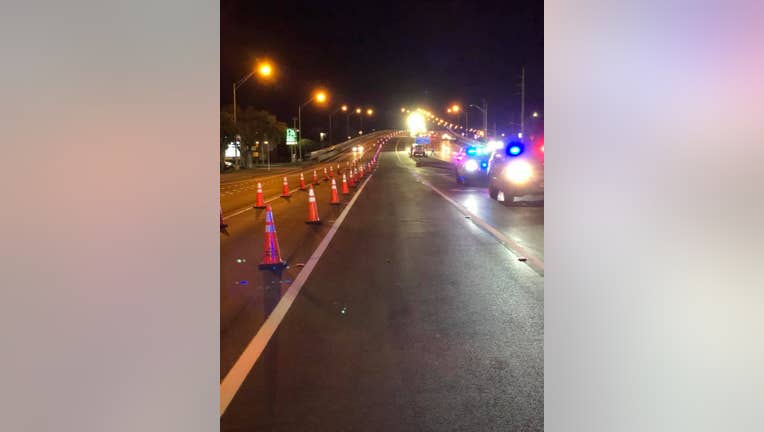 STUART, Fla. - The U.S. Coast Guard says the southbound Roosevelt Bridge in Martin County could collapse at any moment.

The bridge carries U.S. 1 across the St. Lucie River in Stuart.

Officials spotted large cracks at the base of the bridge. On Wednesday, officers were directing traffic onto the northbound bridge.

The Florida Department of Transportation says the southbound bridge has closed for maintenance.

According to WFLX, the Coast Guard used scanners to begin warning boaters after 2 a.m. Wednesday.

"All stations, all stations, this is United States Coast Guard Center Miami, Florida. All vessels are required to keep clear on the new Roosevelt Bridge until further notice, due to the risk of imminent collapse break," the message said, WFLX reports.

The coast guard is warning boats not to go anywhere near it.