Dashcam footage captured the moment a falling tree nearly landed on top of a passing SUV in North Carolina, skimming the top of the vehicle.

On April 14 in Durham, Jeffrey Friedlander was stopped at a traffic light as an SUV from the opposite direction was driving towards the intersection.

Friedlander’s dashcam caught the narrow escape as a giant tree fell just as the vehicle passed, missing it by inches as the SUV sped up and the tree crashed to the ground. 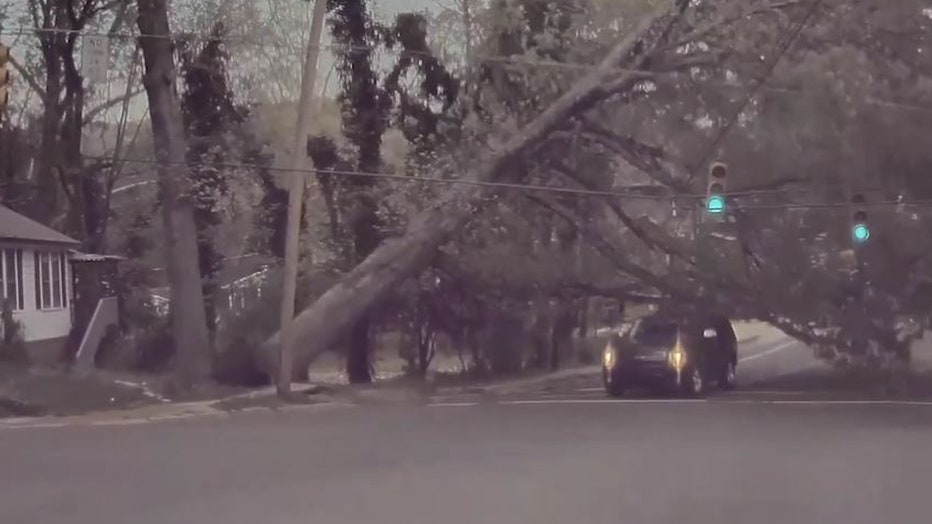 The tree brought down power lines and traffic lights as it fell."Wow, that was lucky!" the Durham Transportation Department wrote on Twitter. The department said it was working to remove the tree and replace the signal.

Durham’s Urban Forestry Department said the event was caused by the tree’s weak root system, according to reports.