A 28-story high-rise is planned for property located across from the Orange County Courthouse on Orange Avenue. It’s called “X Orlando” by Property Markets Group and Baker Barrios Architects.

ORLANDO, Fla. - The typical residential high-rise in Downtown Orlando offers about 300 units, but a monster development is planning to build nearly 900.

The project is planned on Orange Avenue between Lynx Central Station and the Orange County Courthouse. The project consists of not one but three towers connected at the base.

The ground floor is made up of office space and a unique retail concept.

“They’re planning on having 85,000 square feet of an open marketplace,” Burton said.

The development’s base consists of a 1,600-space parking structure, then nearly 900 apartments in the towers, ranging from 17 to 28 floors. One, two and four-bedroom, dorm-like units will be offered.

“You can rent the bedroom by the month and there would be a common room in the middle of the quad, so it’s kind of a post-dorm environment,” Burton said. “So, more people can experience Downtown Orlando as a neighborhood to live in.”

“I’m more of a big city type of person, so I’m all for it,” said Victor Westerlund, a Downtown Orlando resident. 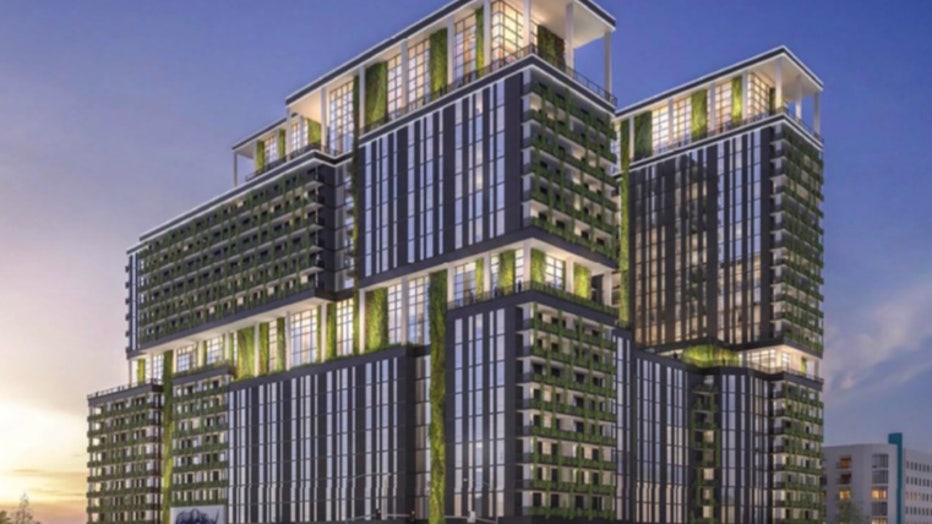 Westerlund works and lives downtown. He says he welcomes growth and believes the demand is there.

But, not everyone is on board. Nicki Finucane prefers more green space in the city.

The project is expected to break ground early next year and will be built in three phases. The final design is still being worked on. According to the city, the layout and heights of the towers could change.