Downtown Orlando is expecting huge crowds over the weekend for Halloween. Some are concerned this could become a COVID-19 super spreader, but city officials and bar owners are working to implement safety protocols.

“Halloween, historically and traditionally, is one of, if not the largest single night in downtown,” said Thomas Chatmon Jr., City of Orlando, Executive Director of the DDB/CRA.

“It brings people usually from all over the country,” said John Sanfelippo, Co-Owner, The Beacham Group.

During a pandemic, that could be frightening.

“We’re not trying to do anything that contributes to a super spreader event,” Chatmon said.

The city added physically-distanced zones for Halloween night, blocking off streets in the center of downtown, and allowed for revelers to drink alcohol in the street in those areas.

“What we’re doing here is providing more space so people can physically-distance more as they move around in downtown, if you’ve been in downtown, particularly on Halloween night, it’s a dense crowd and so we’re trying to allow for that crowd to spread out as much as they can,” Chatmon said.

The zones were designated by barriers and signage. Increased patrolling to make sure everyone is following the rules.

“Between ambassadors and uniformed security and the Orlando Police Department, there will be a much larger presence of uniforms in the area to make sure we’re monitoring and containing things,” Chatmon said.

But in the midst of a pandemic, Club Owner John Sanfelippo is worried about an outbreak inside one of his seven establishments.

“As a promoter, partner, and club owner, we have to think 100 percent differently than how we would normally think,” Sanfelippo said.

“We’re not doing any kind of additional advertising, promotions, or marketing, normally we put up a large advertising budget,” said Sanfelippo.

MORE NEWS: Police warn of THC-laced drugs disguised as candy ahead of Halloween

Halloween is usually one of his biggest money-makers but this year the jackpot would be no one getting sick.

“The objective is to not really encourage more people to come out. I know that sounds crazy as a business owner,” Sanfelippo said.

This year there was no costume contest, no outdoor block party, nothing special to attract anymore revelers.

For the co-owner of the Beacham Group, the goal was to “Accommodate everybody and make sure everybody who comes out can have a great night and be safe,” Sanfelippo said.

Doing so will require temperature checks and masks at the door.

Sanfelippo hopes the other establishments operate responsibly, as well because an outbreak linked to downtown isn’t good for anyone. 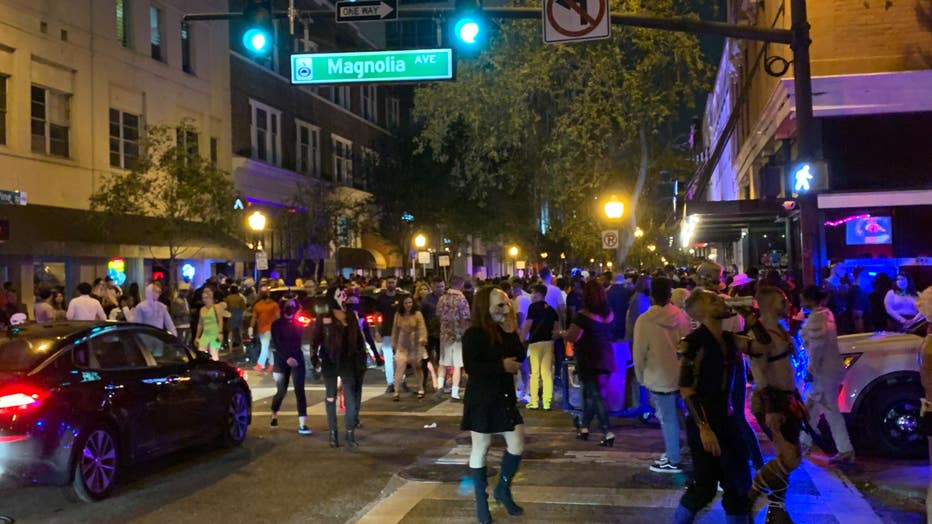 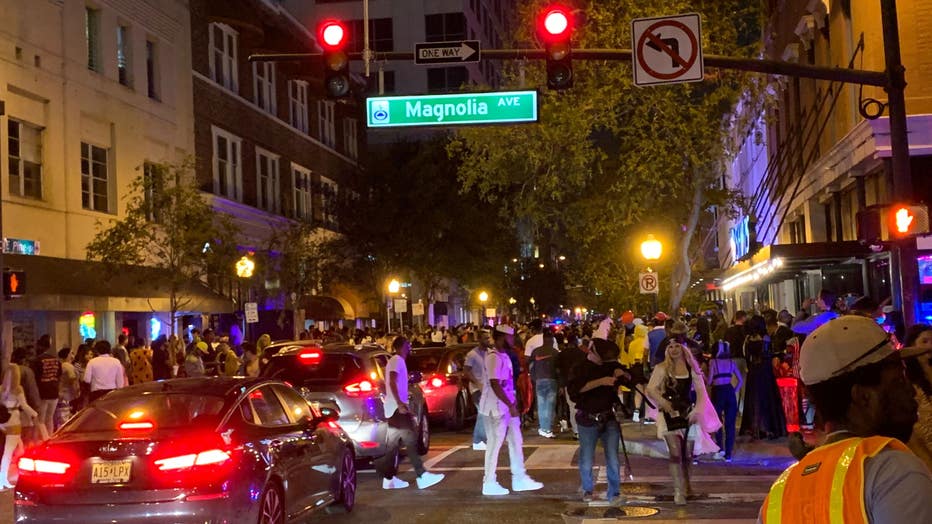