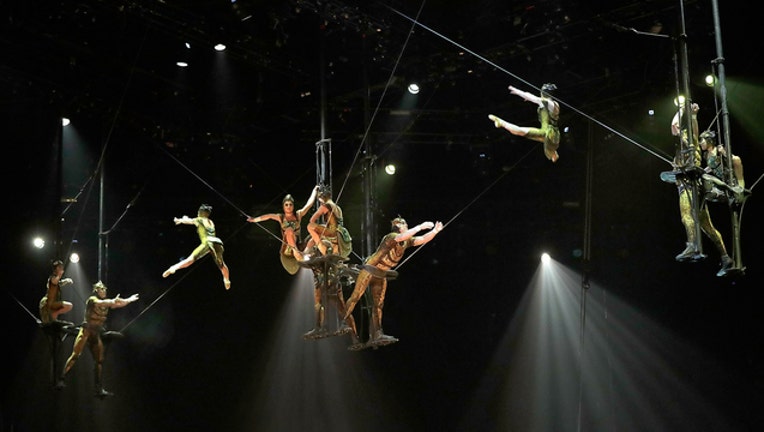 TAMPA, Fla. (AP) - A Cirque du Soleil performer has died after falling during a show in Tampa.

The theatrical company announced on Twitter Sunday that Yann Arnaud fell Saturday night while performing an aerial straps number during the show VOLTA.

Arnaud was taken to a hospital after the fall, where he later died. Cirque du Soleil canceled its final two Tampa shows Sunday while the company and authorities investigate how the accident happened.

The entertainment group's President Daniel Lamarre said, "the entire Cirque du Soleil family is in shock and devastated by this tragedy."

Arnaud had been a performer with Cirque du Soleil for more than 15 years.