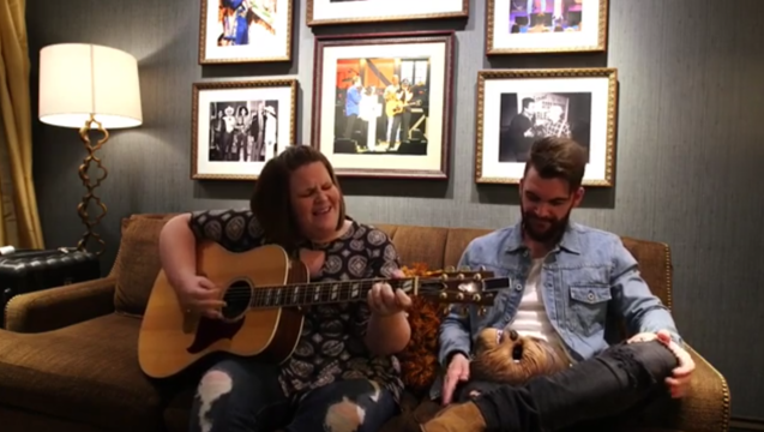 Yes, you read that headline correctly. While Candace Payne is mostly known for her signature Wookiee mask, many people don’t know the Grand Prairie native is a woman of many talents.

After she rose to fame in May after posting her now-famous Facebook Live video that’s been seen more than 159 million times, the viral star has been around the world and back.

After the deadly Dallas police ambush shooting in July, Payne took to Facebook Live to sing Michael Jackson’s “Heal the World” since she wanted to spread more joy. And her singing didn’t go unnoticed.

Payne made her Grand Ole Opry debut in Nashville on July 22 after she was invited by her friend, rising country singer/ songwriter Dylan Scott.

During another Facebook Live video, Payne revealed Scott invited her to go on tour with him. The pair revealed she would be performing with Scott for an indefinite number of dates in August.

“I’m gonna go on tour with Dylan, and we’re gonna spill the beans more about that later,” she said in her video.

So does Chewbacca Mom have a future in the music industry? You be the judge.