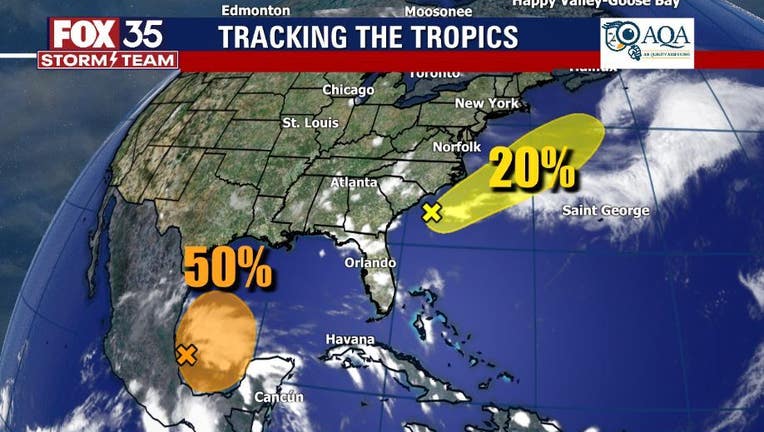 The National Hurricane Center (NHC) said that the first system developed over the Bay of Campeche and is associated with a broad low-pressure area. It has become more organized since Saturday and has a 50 percent chance of developing over the next five days.

Forecasters said that it could become a tropical depression later in the week as it slowly moves northward. If it does become a named storm, it would be called ‘Bill.'

However, regardless of development, they said that heavy rainfall is possible over portions of Central America and Mexico. 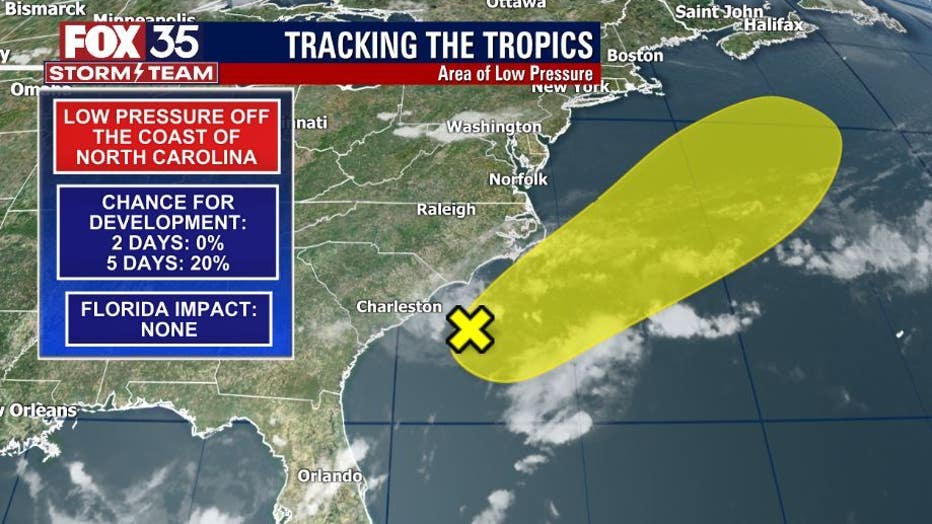 The other system that NHC is monitoring is a non-tropical area of low pressure about 150 miles south of North Carolina.

They say it is currently producing disorganized showers and thunderstorms and is forecasted to move northeastward for the next few days near the warm Gulf Stream, where some tropical development could occur while moving away from America.

Forecasters added that the low should be over cold waters south of Nova Scotia by midweek, ending its development chances. It only has a 20 percent chance of development over the next five days.

However, if it develops, it could be called ‘Claudette.’ However, if it forms before the first system, it will take the name, ‘Bill.’