VOLUSIA COUNTY, Fla. - A devastating site, a single-engine aircraft in pieces. The story about a Central Florida couple in the cockpit, truly heartbreaking.

Investigators say the couple didn’t even radio for help.

“Yesterday afternoon, we received news of a downed aircraft east of Telluride in the mountains from a gentleman who was flying a drone.  And he reported seeing a downed aircraft,” said Susan Lilly, the spokeswoman for the San Miguel Sheriff's Office in Colorado.

“They flew one of our paramedics and deputies to the scene and it was determined that we were now in a body recovery mission because the two passengers had perished.”

Investigators identified the occupants of the aircraft as Lindsey Vogelaar, 33, and her new husband, Costas Sivyllis, 30.

“They had decided to elope in Telluride. They were married on Oct. 1, so just four days after their wedding this happened,” Lilly said. 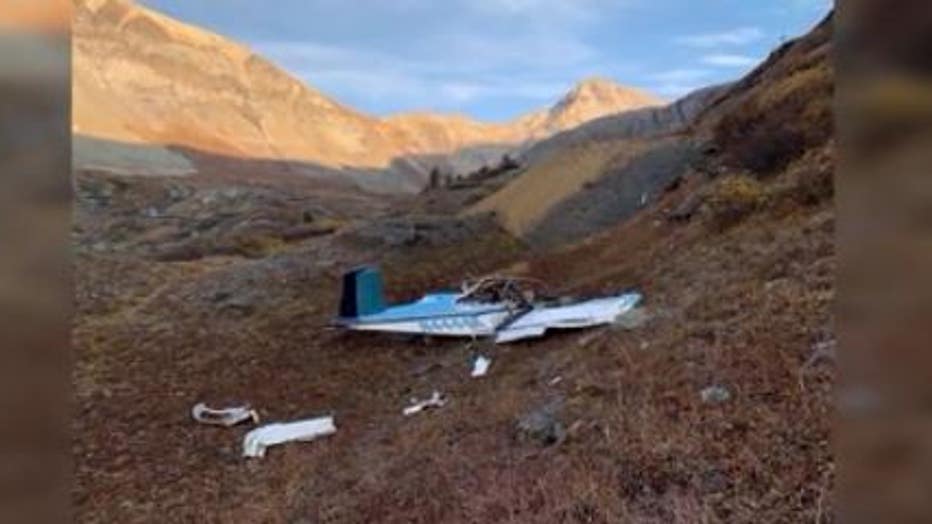 Flight records show the couple departed the Telluride Airport at 12:45 p.m. Deputies believe the aircraft crashed into the side of the mountain about 10-15 minutes later.

“We believe they were flying back to Florida,” Lilly said.

According to friends, the couple loved flying. Lindsey worked as a commercial flight attendant, while Costas worked as an airline pilot.

“What we know is he was a pilot for United Airlines. He was also a pilot instructor and he was piloting this privately-owned aircraft that was apparently registered to him,” Lilly said.

The dean of The College of Aviation released a statement saying, “Our hearts are heavy.  Yesterday, we tragically lost our good friend, Embry-Riddle Eagle, Industry Advisory Board member and amazing aviator Costas Sivyllis. He was loved by all who knew him and will be greatly missed."

A friend of the couple tells FOX 35 News, with fewer flights because of the pandemic, this couple missed being in the air, so they bought their own aircraft so they could continue flying.