A barber opened fire after he said a person entered his shop with a gun. It happened over the weekend in Melbourne and the owner of that barbershop talked only to FOX 35 News.

MELBOURNE, Fla. - A barber opened fire after he said a person entered his shop with a gun. It happened over the weekend in Melbourne and the owner of that barbershop talked only to FOX 35 News.

"It was a regular day. We were just here cutting hair," said Oral Reid.

He was cutting hair at his New York Hair barbershop in Melbourne when danger barged in the front door. 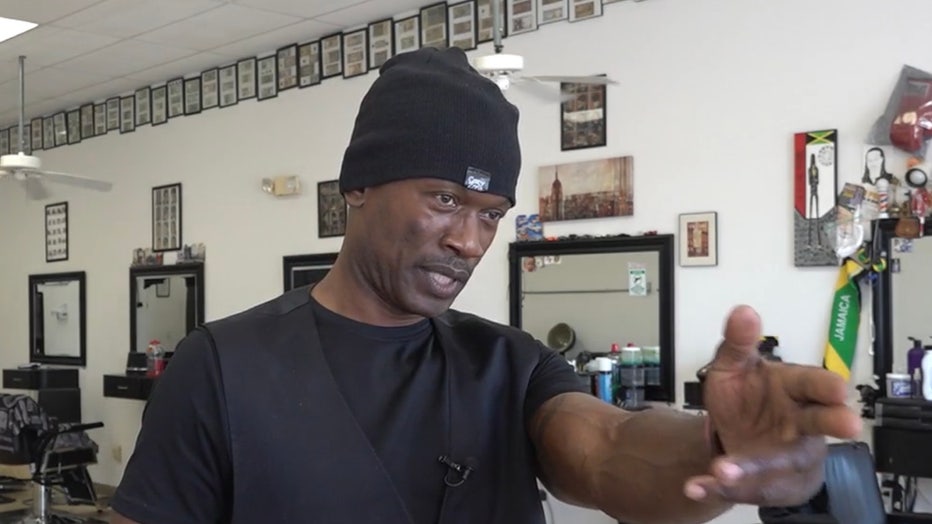 "I looked up, there's a gentleman in a ski mask, hoodie, in full black waving a gun around."

Melbourne police say that man was 24-year-old Marlon Mascoe. Officers say he came in with the gun drawn pointing it at customers.

That's when Reid jumped into action, getting his own gun from out of a drawer.

"When I stood up, he pointed straight back at me as if he was going to shoot at me," Reid told FOX 35 News. "And I went back down. And then when he pointed the gun again at the people over to the side, I said that was my moment to shoot – and I just fired."

That shot hit Mascoe in the leg, dropping him to the ground. As one customer called 911, the others kicked the gun away and kept Mascoe on the ground.

Mascoe was charged with aggravated assault and taken to the hospital. As for Reid, he's just happy things didn't turn out even worse.

"It's very scary. I still have the jitters. But I'm just planning to go home to my family and my kids. That's what's important."