KISSIMMEE, Fla. - Cellphone video taken on a Middle School bus in Osceola County, shows students standing in the aisles, kids sitting on the floor, and three kids sitting in one seat. People are also heard on the video screaming in the background.

The video was taken by Neptune Middle Schooler, Mia Ortiz.  Mia said overcrowding has been an issue since the beginning of the year. Mia texted her mom there were no seats on her school bus along with a picture. Mom, Mimi Palm, then asked Mia to record the overcrowding. When Mia did, Mimi posted the video on her Twitter account.

"In the video, I saw just kids just piling up from the back all the way to the front. with kids sitting on the floor in the aisle. I was like livid. I was like what in the world is going on?" said Palm.

She adds that the bus has been 45 to 50 minutes late. That caused Mia to miss the first 10 minutes of the first period more than once.

Just last week, two county buses crashed into each other. None of the 75 students on board both buses were injured. FOX35 showed the images of the overcrowded bus to the district. They said: 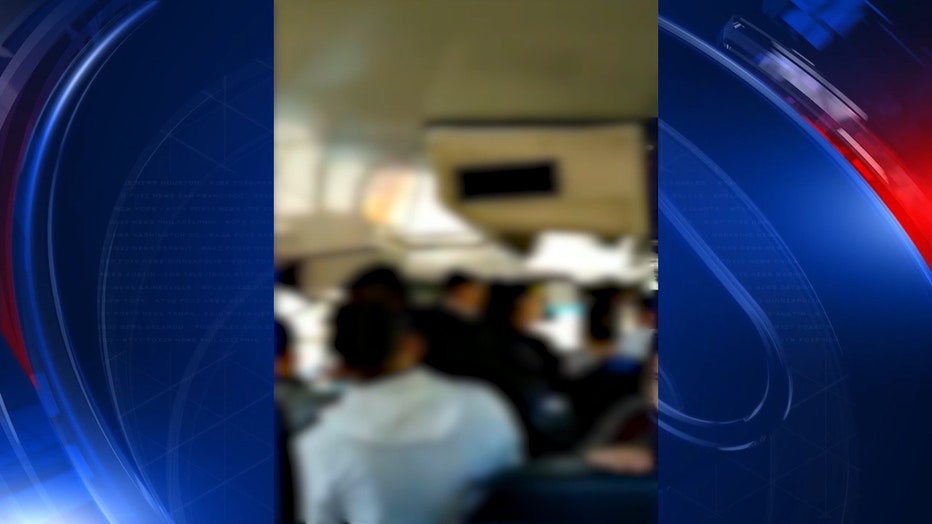 "A driver volunteered to cover a run due to the absence of another driver one afternoon.  He was in a 35 passenger bus that allowed space for four wheelchairs.  When he got to the stop, he allowed 60 students to get on the bus, which was a complete error in judgment.  He should have called dispatch to say send another bus and only take the number of students that he could transport in available seats.  The situation has been addressed and handled by our Director of Transportation."