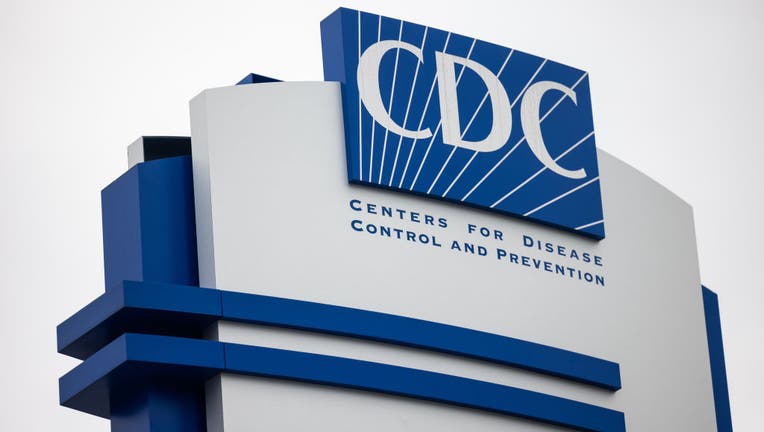 ATLANTA, GEORGIA - AUGUST 06: A view of the sign of Center for Disease Control headquarters is seen in Atlanta, Georgia, United States on August 06, 2022. (Photo by Nathan Posner/Anadolu Agency via Getty Images)

NEW YORK (AP) - The head of the nation’s top public health agency on Wednesday announced a shake-up of the organization, saying it fell short responding to COVID-19 and needs to become more nimble.

The planned changes at the Centers for Disease Control and Prevention — CDC leaders call it a "reset"— come amid criticism of the agency’s response to COVID-19, monkeypox and other public health threats. The changes include internal staffing moves and steps to speed up data releases.

The CDC’s director, Dr. Rochelle Walensky, told the agency’s staff about the changes on Wednesday. It’s a CDC initiative, and was not directed by the White House or other administration officials, she said.

"I feel like it’s my my responsibility to lead this agency to a better place after a really challenging three years," Walensky told The Associated Press.

History of the CDC

From malaria to the COVID-19 pandemic, here is a look at the CDC's history and the health of the United States.

The Atlanta-based agency, with a $12 billion budget and more than 11,000 employees, is charged with protecting Americans from disease outbreaks and other public health threats. It’s customary for each CDC director to do some reorganizing, but Walensky’s action comes amid a wider demand for change.

The agency has long been criticized as too ponderous, focusing on collection and analysis of data but not acting quickly against new health threats. Public unhappiness with the agency grew dramatically during the COVID-19 pandemic. Experts said the CDC was slow to recognize how much virus was entering the U.S. from Europe, to recommend people wear masks, to say the virus can spread through the air, and to ramp up systematic testing for new variants.

"We saw during COVID that CDC’s structures, frankly, weren’t designed to take in information, digest it and disseminate it to the public at the speed necessary," said Jason Schwartz, a health policy researcher at the Yale School of Public Health.

Walensky, who became director in January 2021, has long said the agency has to move faster and communicate better, but stumbles have continued during her tenure. In April, she called for an in-depth review of the agency, which resulted in the announced changes.

"For the first time now, in this pandemic, nearly every American can now have access to life-saving vaccines. And we're ready," President Joe Biden said on Tuesday from Washington, D.C.

"It’s not lost on me that we fell short in many ways" responding to the coronavirus, Walensky said. "We had some pretty public mistakes, and so much of this effort was to hold up the mirror ... to understand where and how we could do better."

Her reorganization proposal must be approved by the Department of Health and Human Services secretary. CDC officials say they hope to have a full package of changes finalized, approved and underway by early next year.

Some changes still are being formulated, but steps announced Wednesday include:

—Increasing use of preprint scientific reports to get out actionable data, instead of waiting for research to go through peer review and publication by the CDC journal Morbidity and Mortality Weekly Report.

—Restructuring the agency’s communications office and further revamping CDC websites to make the agency’s guidance for the public more clear and easier to find.

—Altering the length of time agency leaders are devoted to outbreak responses to a minimum of six months — an effort to address a turnover problem that at times caused knowledge gaps and affected the agency’s communications.

—Creation of a new executive council to help Walensky set strategy and priorities.

—Appointing Mary Wakefield as senior counselor to implement the changes. Wakefield headed the Health Resources and Services Administration during the Obama administration and also served as the No. 2 administrator at HHS. Wakefield, 68, started Monday.

—Altering the agency’s organization chart to undo some changes made during the Trump administration.

—Establishing an office of intergovernmental affairs to smooth partnerships with other agencies, as well as a higher-level office on health equity.

Walensky also said she intends to "get rid of some of the reporting layers that exist, and I’d like to work to break down some of the silos." She did not say exactly what that may entail, but emphasized that the overall changes are less about redrawing the organization chart than rethinking how the CDC does business and motivates staff.

"This will not be simply moving boxes" on the organization chart, she said.

Schwartz said flaws in the federal response go beyond the CDC, because the White House and other agencies were heavily involved.

A CDC reorganization is a positive step but "I hope it’s not the end of the story," Schwartz said. He would like to see "a broader accounting" of how the federal government handles health crises.