CDC investigating pre-packaged salad as possible cause of E. coli outbreak in 8 states

The Centers for Disease Control and Prevention published an investigation notice Wednesday regarding an E. coli outbreak involving 17 people across eight states.

While no deaths have been reported, the CDC said a specific strain of E. coli O157 has hospitalized seven people so far amid 17 reported cases of infection.

Infections have been reported in California, Washington, Idaho, Montana, Arizona, Colorado, Wisconsin and Maryland. A map of reported cases was released by the CDC along with a timeline of infections.

While the exact cause of the infections in all eight states and the connection between the cases remains unclear, the Maryland Department of Health said patients experienced symptoms after eating Ready Pac Bistro Bowl Chicken Caesar Salad purchased from various Sam’s Club locations in the state.

The CDC said further laboratory testing is currently underway to see if the cases in Maryland are linked to the greater outbreak, as people who have been infected in other states have not reported eating the same Ready Pac salad. 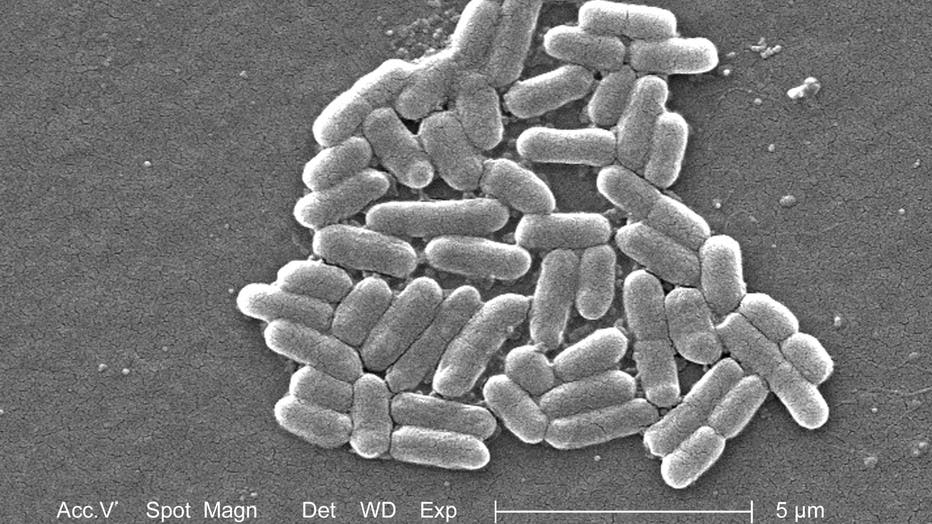 Regardless, the organization is urging people not to eat or sell Ready Pac Foods Bistro Chicken Caesar Salad with a “Best By” date of Oct. 31, 2019.

Ready Pac is urging consumers to abide by any use-by dates and said that they are currently not taking any recall action.

"The products identified are already significantly past their use-by dates and will no longer be on store shelves," said the company in a statement.

The CDC said that the investigation is ongoing. More information is needed to determine the source of contamination and if “additional products are linked to illness.”