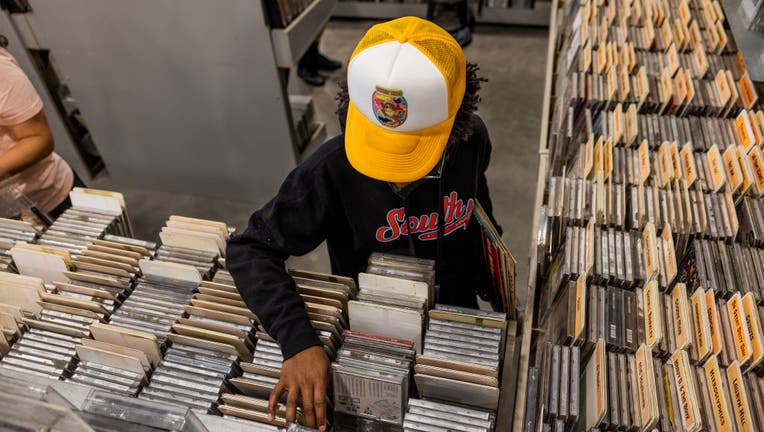 LOS ANGELES - Put down the Spotify playlist and dust off those old compact disc storage cases — physical CDs appear to be making a comeback.

U.S. sales for CDs in 2021 increased for the first time in almost two decades, according to the Recording Industry Association of America (RIAA)‘s annual sales report. CD sales increased from 31.6 million to 46.6 million in that same period, the data shows — the first uptick since 2004.

Of course, CD sales remain far from the peak in 2000, when total revenue in the U.S. accounted for $13.2 billion and nearly a billion CDs were shipped. But the recent uptick highlights a cultural trend in the resurgence of physical music amid an industry now dominated by streaming.

The RIAA’s published data also echoes a similar report from MRC Data published earlier this year, in collaboration with Billboard.

"CD sales have been on the decline for more than a decade and a half," Jason Lipshutz, Billboard's senior director of music, said last month of MRC's report. "So the fact that they rose even slightly in 2021 is really interesting."

Lipshutz also noted how 2021 offered more of an opportunity to buy physical CDs after the pandemic closed stores in 2020. But at the same time, he speculated that a CD resurgence could be following in the footsteps of vinyl.

Vinyl sales have been steadily increasing over the past decade. RIAA’s data shows the figure hit 39.7 million in the U.S. in 2021 and brought in $1 billion in revenue.

Taylor Swift's new album, 'Red' dropped and record companies are beginning to get nervous, according to litigation partner Sid Rao. While the original album was 16 tracks, Swift's new version has 30 tracks and broke two Spotify records.

Jamal Alnasr, owner of Village Revival Records in Manhattan, told FOX 5 NY that he noticed interest in CDs gain momentum during the pandemic.