Two big names in Florida – Universal Parks & Resorts and Wendover Housing – have teamed up to combat the affordable housing crisis. On Tuesday, they officially submitted their development plans to the Orange County Planning and Zoning board to review.

ORLANDO, Fla. - Two big names in Florida – Universal Parks & Resorts and Wendover Housing – have teamed up to combat the affordable housing crisis. On Tuesday, they officially submitted their development plans to the Orange County Planning and Zoning board to review.

If approved, plans would include 1,000 rent-controlled apartments on 20-acres of land between Tradeshow Boulevard and Destination Parkway in Orlando, Florida.

"It’s groundbreaking because it’s not being done to this level anywhere in the United States," said Jonathan Wolf, founder and CEO of Wendover Housing.

The land is part of Universal's nonprofit arm, "Housing for Tomorrow."

"We have so many people in the hospitality sector that all work in that area. People are commuting in two hours because of the lack of housing in the affordability of it," he said. 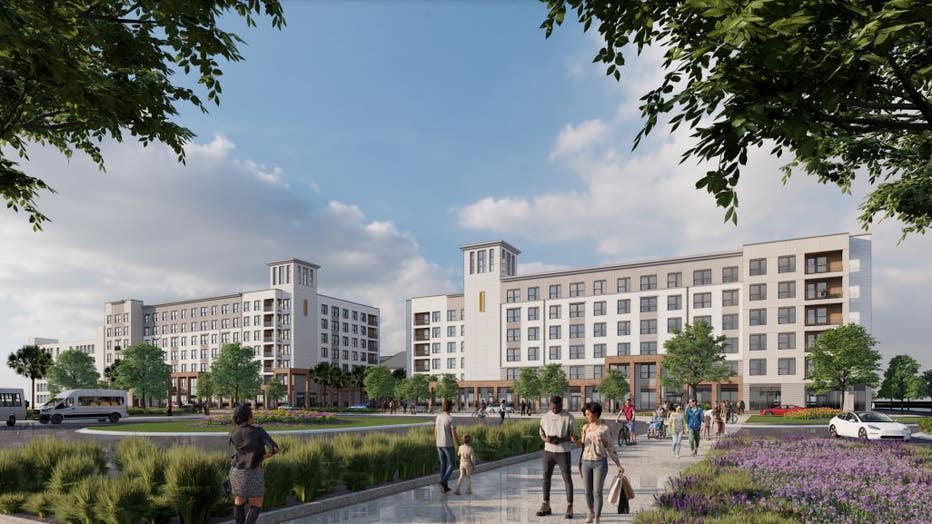 Currently, however, Orange County is short about 25,000 homes, according to the Coalition for Homeless of Central Florida.

"We need about 25,000 units right now in the Orlando/Orange County area and what they’re doing at Universal is going out 1,000 units which is huge," said Homeless of Central Florida CEO Allison Krall.

She said the organization helps some 800 people a day find shelter or houses in the Orlando area. 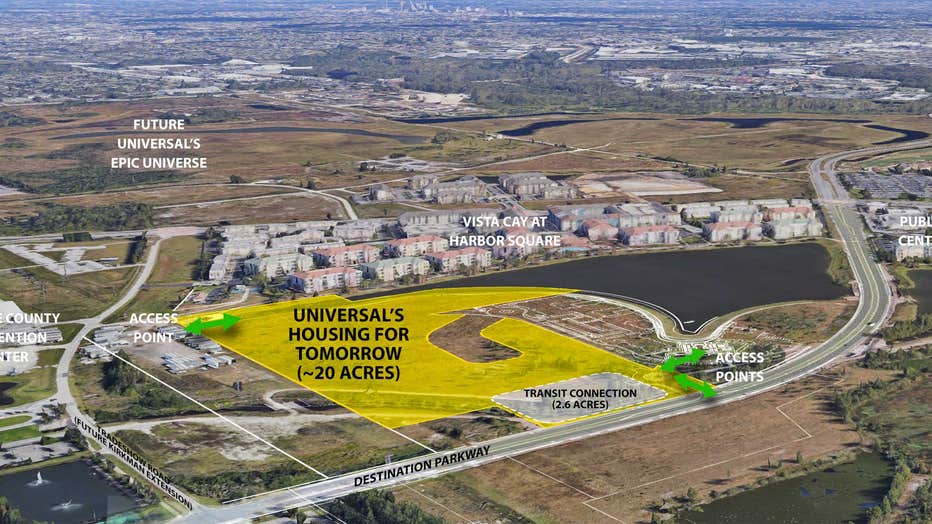 "It’s working folks who are going to work every single day as their service providers. It’s the people working at a daycare taking care of our babies. People who are in a hotel taking care of us," she said of people who come to her organization asking for help.

For every 100 people that walk in their door, there are 17 housing units available.

She hopes others nationwide will look at the proposed project and try to replicate it in their own communities.

"The cost of rental units is raising about seven times faster than the rate of wages so that gap between affordable and unaffordable is growing significantly," said Krall.

If timelines stick, the plan is to begin construction before the end of the year. From there, the development will open in phases. The goal is to have the development completed in four years.

This comes after Orange County’s Housing for All Task Force determined that more affordable housing was needed for employees in the tourist district and that it should be a priority for the county over the next decade.

A 10-year action plan was adopted in late 2019 which will focus on removing regulatory barriers, creating new financial resources, targeting areas of access and opportunity, and engaging the community and industry.