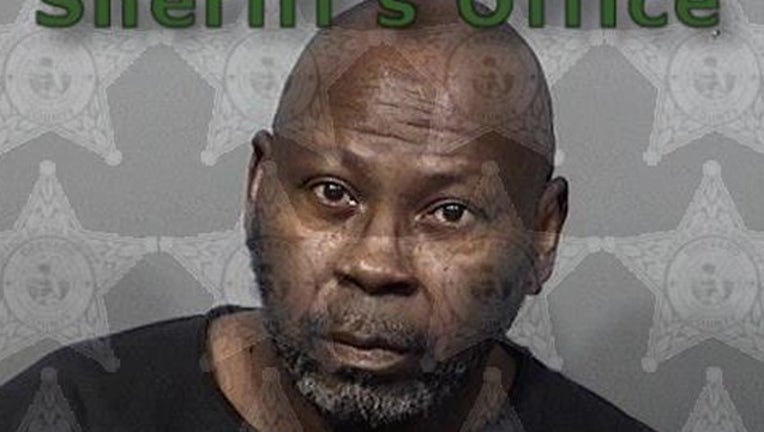 ROCKLEDGE, Fla. (FOX 35 WOFL) - The Rockledge Police Department has arrested group home caregiver Willie Fred Shorter for allegedly committing a Lewd and Lascivious Battery on a Disabled Adult with the mental capacity of a small child.

Officers made this arrest after investigating the incident and receiving forensic DNA evidence.

The disabled victim is a resident of a group home and is a mentally challenged adult female, police said. She has the mental capacity of a small child and when questioned, she cannot tell the difference between the truth and a lie. Therefore, she is unable to distinguish what is wrong.

While living at the group home, the disabled victim became pregnant and gave birth to a boy. However, given her mental capacity, police said that she cannot consent to sexual intercourse.

A DNA sample was reportedly taken from her child and sent to the Florida Department of Law Enforcement to be entered into CODIS for the purpose of possibly identifying a suspect at a later date.

In January 2015, when this case first began, police said that the victim was pregnant but had not given birth yet. She provided three names of potential fathers, but two were eliminated early on. The third person, Willie Shorter, was identified as a caregiver at the group home.

However, police said that at the time of the investigation, there was not enough evidence to obtain DNA from the defendant. And when questioned, he denied the allegations.

Then, in April 2018, police said that the victim made a report that she was touched by Shorter while in the group home on her privates. A separate investigation began, but Shorter denied the allegations.

However, because Shorter was named as the potential father of the victim's child, police said that they requested a BUCCAL Swabs for the purpose of DNA testing. He consented and signed a Rockledge Police Department Consent to Search Form.

Then, on February 6th, 2019, police reportedly received DNA results from the Florida Department of Law Enforcement Crime Lab. The results showed that Shorter did in fact match the DNA profile of the victim's child. The report showed that he was 99.99 percent the father.

So, with the obtained results, police determined that Shorter did commit the crime of Lewd and Lascivious Battery on a Disabled Adult.

Shorter was reportedly employed as a caregiver at the group home where the victim was a resident at the same time. Shorter did have sexual relations with the victim and based on her mental capacity, she was unable to consent. Then, with the obtained DNA evidence, Shorter is indeed the father of the victim's child.