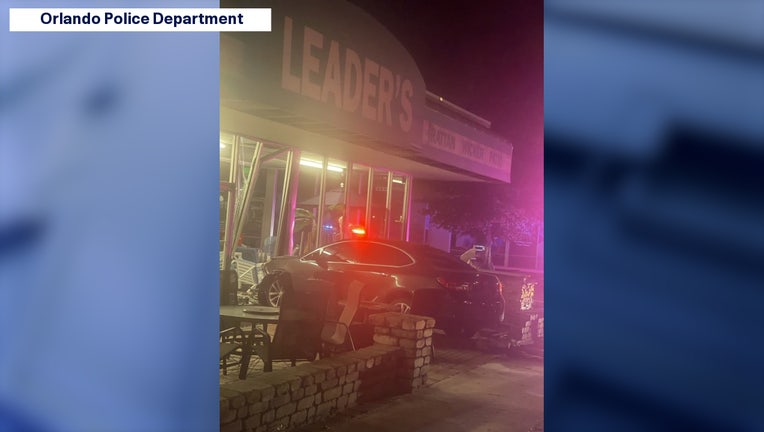 A driver is not hurt after slamming into a furniture store, according to the Orlando Police Department. Photo via Orlando Police.

ORLANDO, Fla. - A car slammed into a furniture store overnight in Orlando.

The Orlando Police Department shared a photo of the crash on Twitter.

Officers said the crash happened around 3 a.m. Wednesday at Leader's Furniture near the Colonial Town Center on East Colonial Drive.

The driver – who stayed there until officers arrived – was not hurt.