ST. CLOUD, Fla. - More than 200 people showed up at St. Cloud's Lakefront for a candlelight vigil in memory of Nicole Montalvo.

"I can’t believe my daughter, she was such a beautiful person and everyone out here is a testament to that." 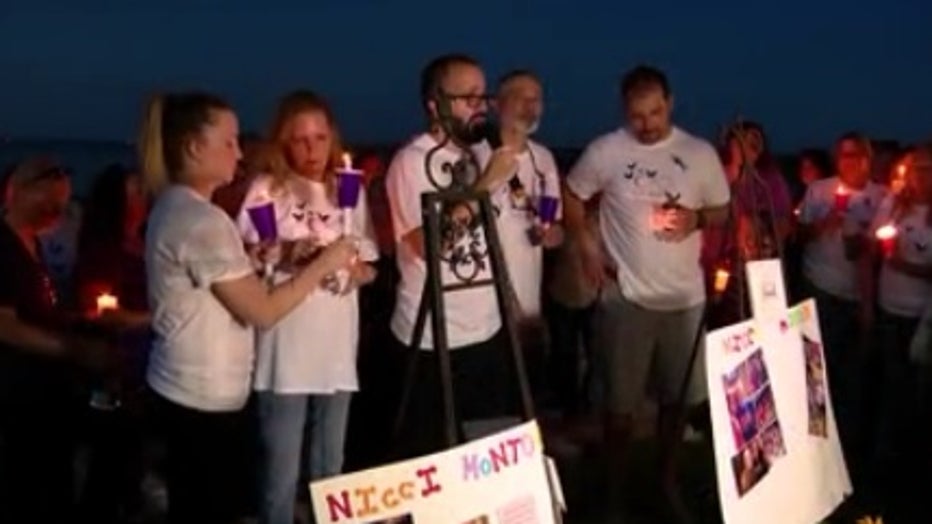 Edward Montalvo thanked the community for supporting his family, as they grieve over the loss of Nicole Montalvo, 33.

He gets through the pain, wanting everyone to know about her and the love for her 8-year-old son, Elijah.

"Nicole, she was such a good mother. She loved Elijah to death. That was her life."

Friends and family of Nicole Montalvo gathered on Monday to remember the mother whose remains were found on Friday.

Nicole’s twin brother, Eddie, says it hasn’t been easy dealing with her death, but being at the vigil helped.

"She’s always a part of me and I know she’s here right now seeing everyone here and she’s ecstatic. She’s happy," he said.

"Everyone that had a part in this will pay for this. Everyone. No one will escape this," he said.

The family says they are there for other victims of domestic violence.

Eddie said, "We will be there to protect you. Love should not hurt."

But through the hurt, there’s a light in their hearts ready to do what’s needed.

Nicole's brother Steven says, "We know that this is just the beginning and we want to honor Nicole and do right by raising Elijah, by being the best young man that he can be."

Elijah is now in the custody of Montalvo's family.

A GoFundMe account has been set up to help Elijah.

Deputies continue to search for evidence in the case.