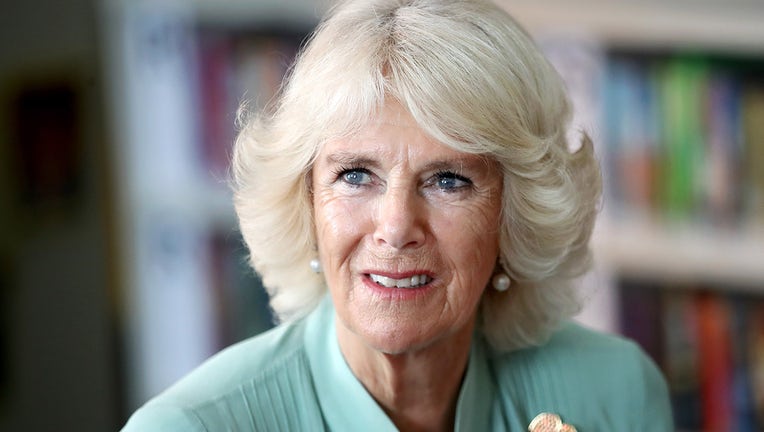 LONDON - After seven decades, the United Kingdom has a new woman to call queen.

Charles’ wife, Camilla, the Duchess of Cornwall, will be known as Queen Consort — a title that came with Queen Elizabeth II’s blessing after years of contention, dating back to the days before she even married Prince Charles.

It wasn’t always a given that the 75-year-old Camilla would take the title, even though it gives her none of the sovereign’s powers.

While the wife of a king is traditionally crowned queen, the question of what title Camilla would hold when Charles became king had been a tricky one for many years. That was due to sensitivity about her status as his second wife — and the wave of grief that washed over Britain following the death of his former wife, Princess Diana, in a car crash in 1997.

Charles and the royal household have moved carefully on the matter, mindful of lingering public perceptions of Camilla as the "third person" that ruined the marriage between Charles and the beloved princess.

But over the decades, Camilla has won over large parts of the British public with her discretion, down-to-earth personality and loyalty to her husband. 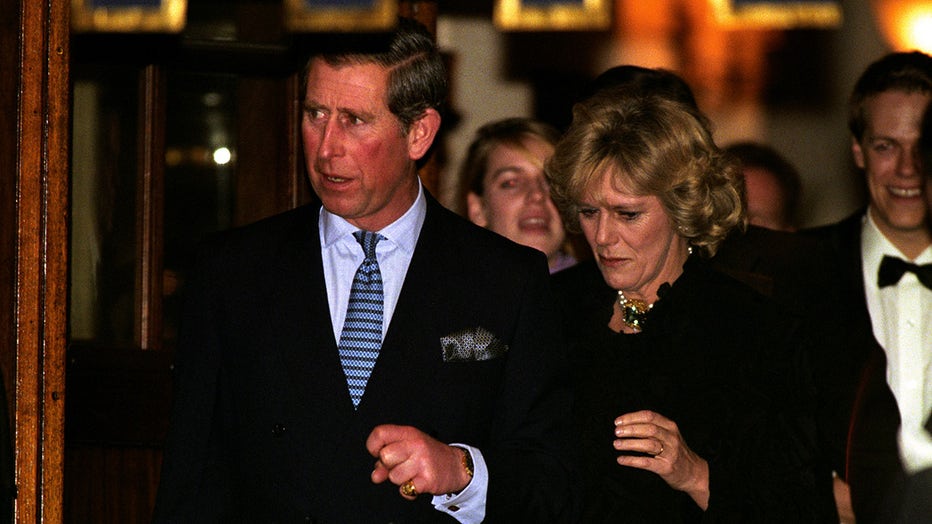 The Prince of Wales and Camilla Parker Bowles step out in public together for the first time following a 50th birthday dinner-dance for Mrs. Parker Bowles' sister, Annabel Elliott, at the Ritz hotel in central London, January 29, 1999. (Photo by Neil

RELATED: What happens when the queen dies? All about Prince Charles’ succession, accession and coronation

When Camilla and Charles married in a low-key civil ceremony in 2005, she was in fact the new Princess of Wales — Diana’s title — but she styled herself the Duchess of Cornwall instead.

Palace officials said for years that Camilla "intended" to be known as "Princess Consort" — instead of the traditional "Queen Consort" — when Charles acceded to the throne.

There is no precedent for the title Princess Consort, which was reportedly suggested by royal officials. The similar title of Prince Consort has only been used once — for Prince Albert, husband of Queen Victoria, who reigned from 1837 to 1901.

In a 2010 interview with NBC, Charles was asked if Camilla would become "Queen of England, if and when you become the monarch." He hesitated as he replied, "That’s, well ... We’ll see, won’t we? That could be."

The question was resolved when Elizabeth declared she wanted Camilla to be known as Queen Consort after her son became king. It was an endorsement that formally signified the royal family’s acceptance of Camilla as a respected senior member and was widely seen as a move by Elizabeth to pave a smooth transition to Charles’ reign. 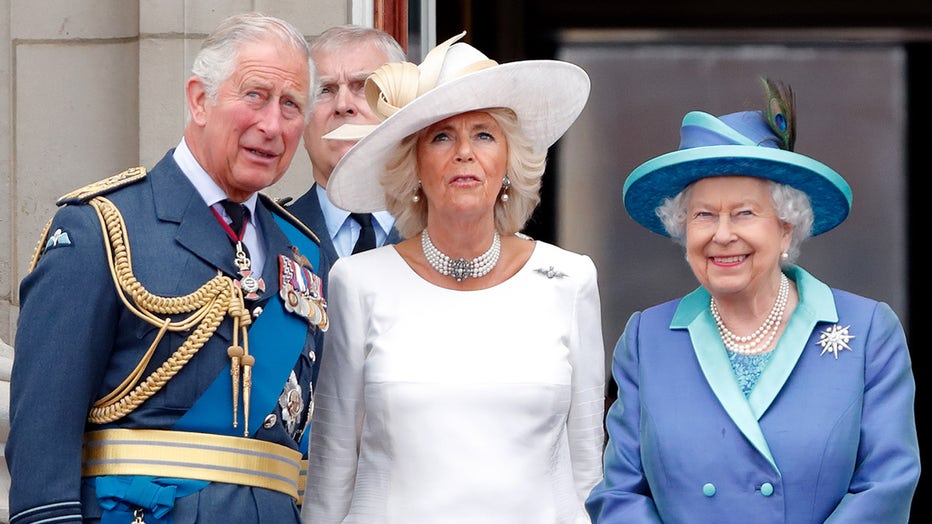 Prince Charles, Prince of Wales, Camilla, Duchess of Cornwall and Queen Elizabeth II watch a flypast to mark the centenary of the Royal Air Force from the balcony of Buckingham Palace on July 10, 2018 in London, England. (Photo by Max Mumby/Indigo/Ge

"When, in the fullness of time, my son Charles becomes king, I know you will give him and his wife, Camilla, the same support that you have given me; and it is my sincere wish that, when that time comes, Camilla will be known as Queen Consort as she continues her own loyal service," Elizabeth said in February 2022, when she marked the 70th anniversary of her rule.

Charles said he and Camilla were "deeply conscious of the honor."

"As we have sought together to serve and support Her Majesty and the people of our communities, my darling wife has been my own steadfast support throughout," he said.

The most recent Queen Consort in British history was George VI’s wife Queen Elizabeth, known in later years as the Queen Mother after her daughter became monarch in 1952.

By custom, Camilla will be anointed at Charles’ coronation, although that could be omitted.

Born Camilla Rosemary Shand on July 17, 1947, she came from aristocrats with long and close links with Britain’s royal family. Her great-grandmother, Alice Keppel, was a romantic partner of King Edward VII.

She met Charles at a polo match in 1970 when she was 23 and he was considered to be the most eligible bachelor in Britain. The two immediately became close, and by the end of 1972, Charles was smitten. But the romance was interrupted by his eight months of naval duty. 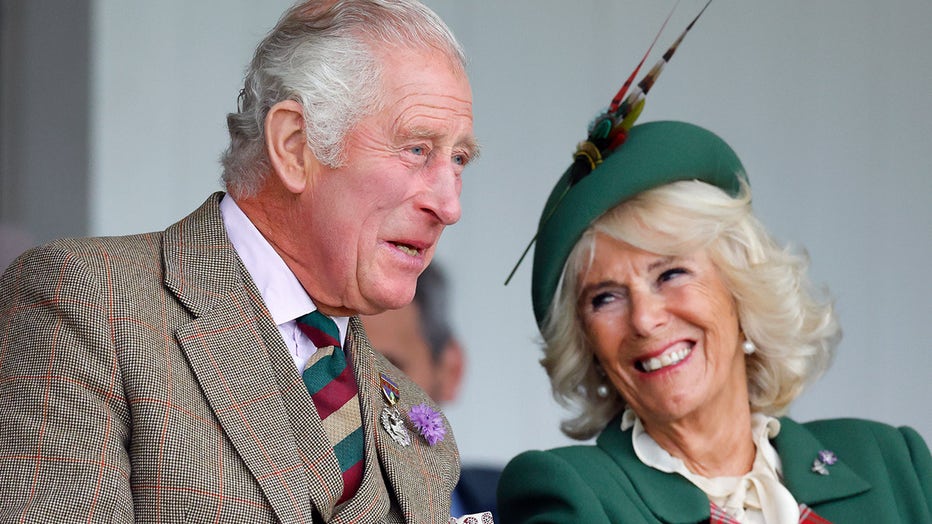 Prince Charles, Prince of Wales and Camilla, Duchess of Cornwall attend the Braemar Highland Gathering at The Princess Royal and Duke of Fife Memorial Park on September 3, 2022 in Braemar, Scotland. (Photo by Max Mumby/Indigo/Getty Images)

In his absence, Camilla married her longtime boyfriend, army officer Andrew Parker Bowles, in 1973. The couple divorced in 1995, shortly after Charles gave an explosive television interview admitting an affair with Camilla. Charles and Diana divorced the next year.

Charles and Camilla waited another nine years, marrying in 2005 in a private ceremony at the Guildhall in Windsor.

Since then, Camilla has taken up dozens of royal duties. She is patron or president of more than 90 charities, and has shown particular interest in work on animals, promoting literacy and empowering women. She also has found her voice as a public speaker, earning respect by campaigning about difficult issues such as sexual violence against women and domestic abuse.

In 2021, she delivered what many called her landmark speech, urging "the men in our lives" to get involved in women’s rights and expressing sympathy for the families of women who are murdered.

The same year, Buckingham Palace underlined Camilla’s role as a senior royal by making her a Royal Lady of the Most Noble Order of the Garter, the most senior order of chivalry in Britain.