A family in Wedgefield was startled to find their mailbox blown had been to pieces. It happened early Sunday morning, and it turns out, they weren’t the only victims.

LAKE MARY, Fla. - A family in Wedgefield was startled to find their mailbox blown had been to pieces. It happened early Sunday morning, and it turns out, they weren’t the only victims.

The homeowners said they manage to catch this dangerous case of vandalism on camera. From a front-door camera, it appears that a car is driving off, and their mailbox starts lighting up before a loud explosion.

The Mitchells thought it was a gunshot until they saw the mailbox the next morning. The bottom is just completely separated from the main part -- their mailbox was obliterated. The designs made by their daughter were also blown off, with orange powder lining the inside.

They learned that other neighbors dealt with the same thing that night. One explosion went off outside their window, then another in a dumpster.

"Someone’s being stupid," said Libby Mitchell. "I don’t wanna say that it’s kids, because you don’t know if it’s kids. It’s someone not seeing the bigger picture that is there." 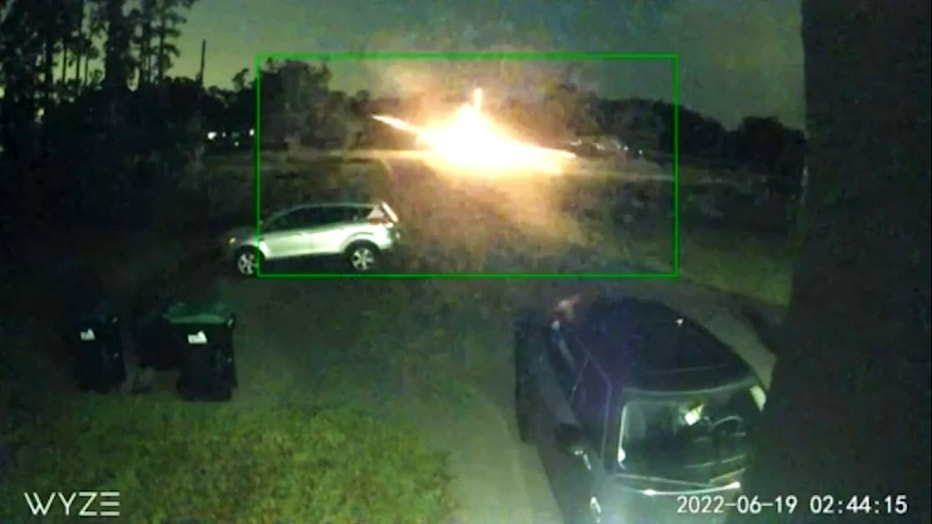 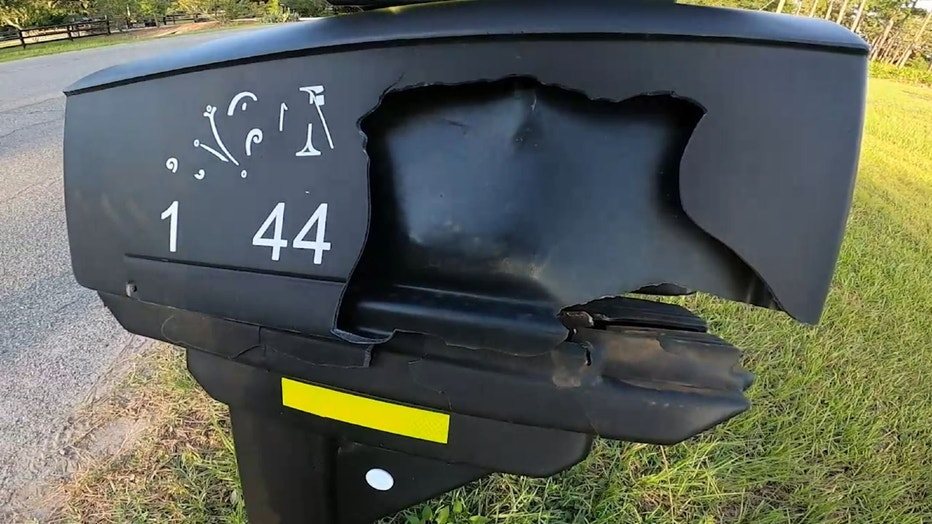 Orange County sheriff's deputies are investigating the incident. In the meantime, the family has replaced the mailbox and is glad that is the only thing that was damaged.

"If they hadn’t driven away far enough, they'd [the explosives] have gone into the car and hurt them or whatever, but it’s not just a harmless prank," Mitchell added.

The new mailbox is the Mitchell’s third in the last two years. The first was destroyed by a car. The second was detonated. They are hoping this one lasts a little longer than the other two.