Hunter's departure ends his family's political dynasty in which he and his father, Duncan L. Hunter, represented the San Diego County district for nearly 30 years. The combat Marine veteran — a staunch supporter of President Donald Trump — served 11 years in Congress.

His two-page letter of resignation to House Speaker Nancy Pelosi lists his accomplishments and doesn't mention his criminal conviction.

There is no clear Republican favorite to succeed the conservative, immigration hardliner — one of the few congressmen to be re-elected while indicted.

After claiming to be the victim of a political witch hunt for more than a year, the 43-year-old Hunter pleaded guilty Dec. 3 to a single charge of conspiring with his wife to illegally spending at least $150,000 in campaign funds on personal expenses. Among the improper spending were a birthday gathering for his young daughter at a posh California hotel and social outing with friends at a French bistro in Washington.

The August 2018 indictment accused Hunter of using $200,000 in campaign money to fund family travel, school tuition, jewelry, groceries, gas etc. Prosecutors said he also spent the funds on extramarital affairs and flights for his family's pet bunny. He tried to conceal the illegal spending by listing it in federal records as donations for military veterans and other campaign-related expenses, according to the indictment. 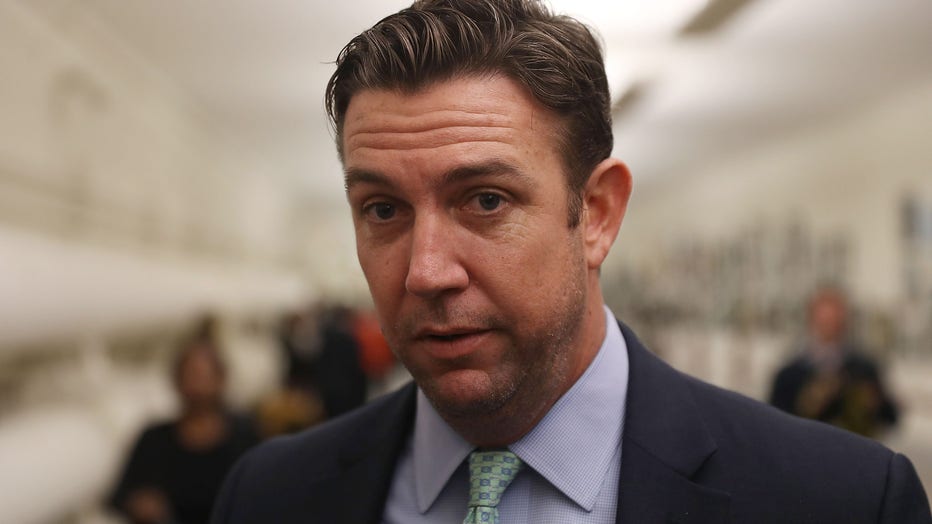 Holding the 50th Congressional District, which has an 11-point Republican registration edge, will be critical if the party hopes to reclaim control of the House after losing it to Democrats in 2018. The district includes ethnically diverse suburbs at the edge of San Diego that fade into farming and mountainous areas to east, including a small slice of Riverside County.

Hunter's seat is being sought by numerous GOP contenders. They include former Congressman Darrell Issa, one of the wealthiest lawmakers to serve when he represented parts of San Diego County and neighboring Orange County under the Obama administration. Hunter's father recently endorsed him. Also running are Carl DeMaio, a former San Diego city councilman who now is a local political commentator and radio host; and state Sen. Brian Jones, who highlights that he's the only major Republican candidate who lives in the district east of San Diego.

Democrat Ammar Campa-Najjar, a 30-year-old former Obama administration official who nearly defeated Hunter in 2018, is widely expected to emerge from the March primary for a November showdown.

Under California election rules, the top two vote-getters in the March 3 primary advance to the general election, regardless of party affiliation.

Democrats captured a string of GOP-held House seats in California in 2018, leaving Republicans holding only seven districts among the state's 53 House seats.