SAN DIEGO - California state regulators conducted an investigation at a San Diego preschool and privately interviewed children as young as 2 without their parents’ consent about their masking practices.

Officials with the California Department of Social Services (CDSS) visited all three locations of Aspen Leaf Preschool in January after receiving a complaint that the school was not enforcing the state’s mask mandate, according to the CDSS’ response to a complaint by the preschool’s owner, Howard Wu.

According to the CDSS letter, which Wu shared with Fox News Digital, officials with the agency’s Community Care Licensing Division entered the three preschool locations on Jan. 19, separated the children from their teachers and interviewed them privately about their masking practices. 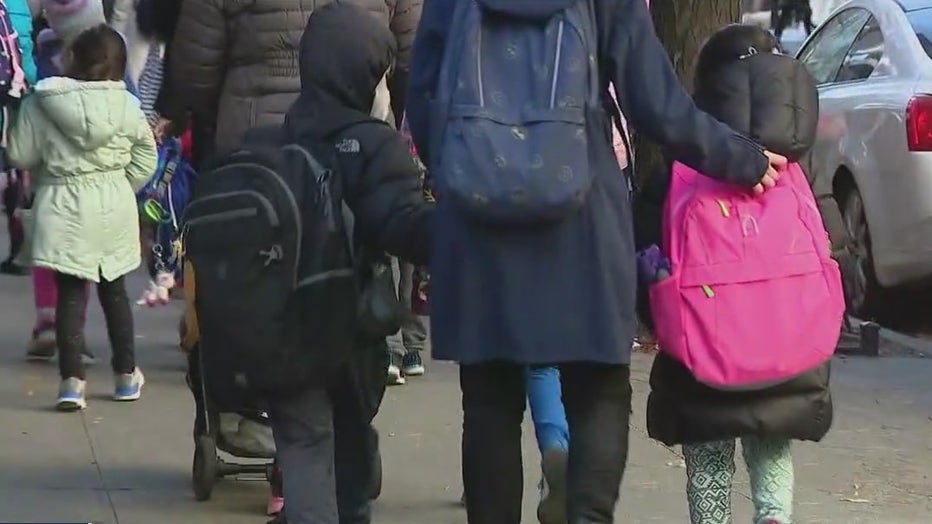 In his complaint to the agency, Wu described the investigation as a "simultaneous, multi-school raid" that resulted in "unnecessary and inappropriate child interviews."

"Every family we heard from after the inspections were furious about the interviews," Wu told Fox News Digital. "We were open the whole pandemic about not masking children and the reasons why. The policy was on our website. Put simply, the mask guidance says children can NOT mask when eating and sleeping. In full day child care that’s 3 hours, so masking at other times offers no health benefit. All the families (except 1 in January) supported the policy."

Wu also argues that the CDSS does not have the authority to enforce a mask mandate instituted by another agency, in this case the California Department of Public Health.

"We believe in good faith that the agency doesn’t have jurisdiction to enforce another agency’s mask guidance," he said. "They could have issued us a citation in 5 minutes and let us take our challenge up through the proper channels. The simultaneous multi-school raids and the child interviews just felt like a power play."

In its response to Wu, the CDSS said it holds the authority to "enter and inspect a licensed child care facility at any time, with or without advance notice, to secure compliance with, or prevent a violation" of state laws, as well as "interview children without prior consent and, when necessary, conduct the interviews in private."

"Based on their personal observations and interviews of the facility directors, staff and children, CCLD staff determined that the licensee failed to ensure that staff and children used face coverings as required by the State Public Health Officer Order of June 11, 2021, thus violating the children’s personal right to safe and healthful accommodations," the letter said.

The agency has issued Aspen Leaf a Type A citation, the most severe violation type, Voice of San Diego reported.

In response to the citation, which Aspen Leaf said it is appealing, the school has updated its COVID-19 policy to require masks on all children over 2 until the state’s mandate ends on March 11.

In his official complaint, Wu included multiple complaints by parents who were outraged over the CPSS investigation.

"I do not feel this interview served my child’s safety or well-being," wrote one parent, "and I believe it may have given a harmful impression about her obligations to speak with strange adults in private without known caretakers present."

"I understand that while the licensing agency is authorized to conduct private interviews with the children – this authority was put in place and intended for use when there is a situation of possible abuse, which is ENTIRELY absent from this situation," wrote another parent. "Therefore, this agency has blatantly overstepped their authority."

"Frustrated. Angry. Aghast. Confused," another parent wrote. "These are only a few of the words that describe what we felt as parents of a 3.5 year old who was questioned by government officials at his preschool regarding mask-wear indoors."

Wu said he believes his preschool was unfairly targeted because he challenged the CDSS’ authority.

"After it all happened I actually pulled every licensing report issued in California during the pandemic to get the data to show we were treated more harshly than any other center," he told Fox News Digital.

Wu published the data on a website he created declaring, "California has a child care crisis," and "the child care licensing agency is making things worse."

When reached by Fox News Digital, the CCLD provided its written response to the parents who complained.

"We want to ensure you that CCLD takes seriously its responsibility of ensuring the health and safety of children in licensed child care facilities," read the March 1 letter from CCLD deputy director Kevin Gaines. "It is for this reason that CCLD spoke with your child."

"CCLD has confirmed that conversations with children during the complaint investigation were conducted with Aspen Leaf staff present or within line of sight of Aspen Leaf staff," the letter stated. "CCLD has determined that the interviews were conducted in an appropriate manner and were a necessary component of the required complaint investigation."

"A licensing evaluator is respectful of a child’s choice to answer questions," it added. "If at any point during an interview a child expresses or exhibits apprehension or discomfort, the interview is discontinued."