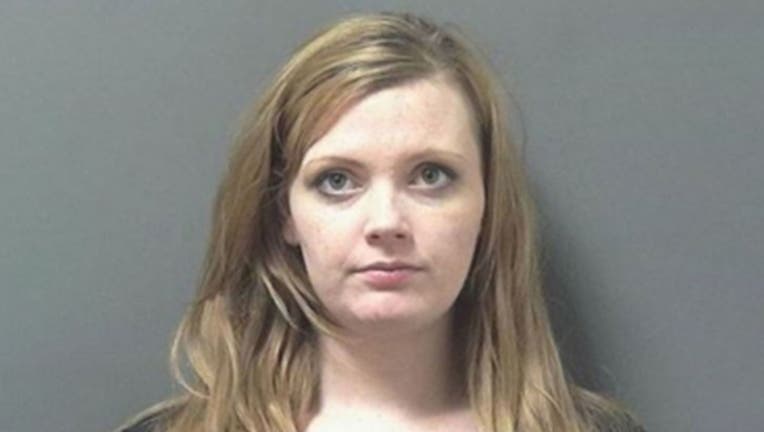 HANFORD, Calif. - A California mother was arrested Wednesday after giving birth to a stillborn baby who the coroner's office found had "toxic levels of meth" in his system.

Chelsea Becker, a 25-year-old from Hanford, had been wanted by police since Monday, when a warrant was issued for her arrest. She delivered the child on Sept. 10, police said.

A tip led authorities to Becker's location, and she was arrested in Visalia, The Fresno Bee reported. She was booked at the Kings County Jail and is being held on $5 million bail.

Becker's family spoke out Tuesday as police searched for the mother-of-three. Her aunt, Julia Lance, told KSEE that she adopted Becker's 3-year-old son who "was born addicted to meth," after receiving the baby at just two days old.

Lance has custody of another one of Becker's sons, who is 1. Becker's 4-year-old son has been adopted.

Hanford Police Sgt. Justin Vallin confirmed to the news outlet that each of Becker's sons had meth in their systems when they were born, and each were taken into the custody of Child Protective Service.

“The levels of methamphetamine in this baby’s system were such high levels, even for an adult, so we believe she was using almost the whole entire time she was pregnant,” Vallin said of Becker's recent stillborn child. He said she admitted to using meth days before the child was delivered stillborn.

Becker's aunt said the 25-year-old is still close to her 1-year-old son, and urged her niece Tuesday "to turn herself in" if she wanted to see him.