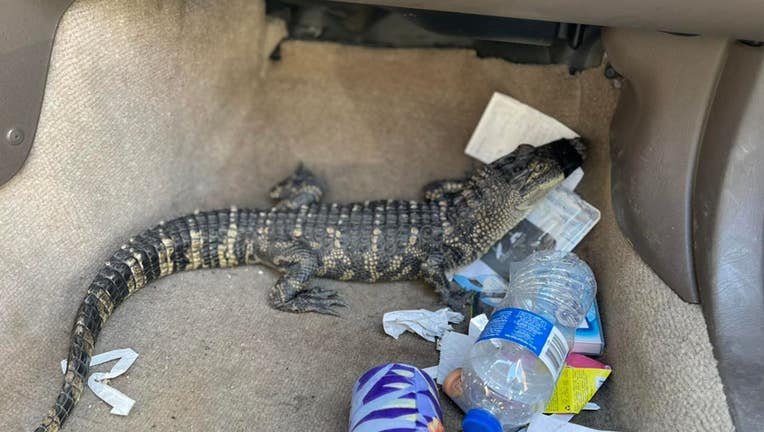 ANDERSON, Calif. - While people know to watch out for alligators near swamps and lakes, but cars are a different story.

Police officers in California arrested a man who was found with an alligator in his car. While the suspect was arrested due to having an open warrant, he will reportedly face additional charges related to the alligator.

Officers with the Anderson Police Department responded to reports of a potential drunk driver earlier this week. When they arrived on the scene, they discovered that while the driver didn’t appear to be drunk, he was wanted for another offense.

"Officers contacted the driver of the vehicle and identified him as Tyler Watson, age 29, of Redding," the Anderson Police Department wrote on Facebook. "Watson was found to have an active felony warrant for his arrest out of Lassen County for a probation violation."

The post continued, "A DUI evaluation was conducted and Watson was found to not be impaired. Watson was arrested on his warrant. Once he was under arrest he advised officers that he had a live alligator on the floorboard of his vehicle."

The police department included a photo of the alligator, which shows that the animal’s mouth had been taped shut.

RELATED: Cops pull over 84-year-old man only to discover he’s driven without a license for 72 years

When asked about the gator, police officers say that Watson told them it belonged to a friend of his. Apparently, his friend had been arrested a week prior, so he was taking care of it in the meantime.