ORLANDO, Fla. - Another day, another traffic change along Interstate 4. This time it's impacting a busy road in Downtown Orlando.

South Street has changed from a two-way street to a one-way and it has left a lot of drivers frustrated.

“I dread it,” said Nicole Keresey, Orlando driver. “It’s just so much construction and it gets confusing.”

South Street is now only open to westbound traffic under I-4. The change took effect Wednesday.

RELATED: South Street under I-4 permanently shifting to westbound only

The other road impacted is Hughey. Drivers approaching South Street can no longer turn left. Their only options are straight onto I-4 or right onto South Street heading into Parramore. 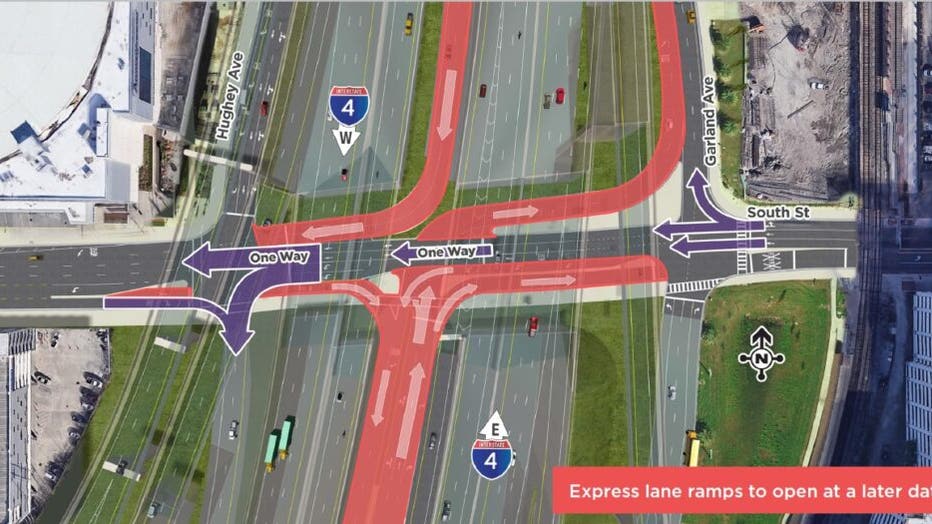 This change is permanent, to allow for the future exit ramps of the I-4 express lanes.

“I get lost going home, like once a week,” said Payton Miller, Orlando driver. “I find myself having difficulty making routine routes because things are changing all the time,” said Miller.